Govt working to get GI tags, open export avenues for its products

CM claim Mopa airport to be completed by August 2022, Zuari bridge will be inaugurated in few months 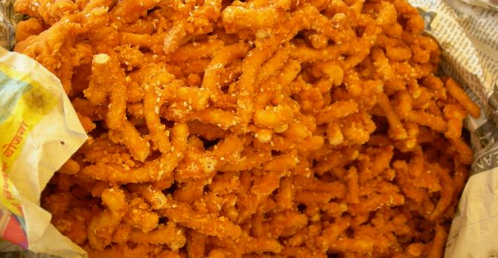 PANJIM: Goa government is working to get Geographical Indication (GI) tags for more Goan products, which  would help Goan entrepreneurs involved in traditional businesses such as manufacturing ‘Feni’ and ‘Khaje’ as well as farmers such as those producing ‘Khola Chilli’ to have intellectual property rights for their products. This would open export avenues for these items and boost food processing industries in Goa, said Chief Minister Dr Pramod Sawant inaugurating ‘Vanijya Utsav’ on Tuesday.

“As we are the smallest State in India, we face unique development challenges due to our small population and limited natural resources like the availability of land,” said Sawant  and urged to work hand in hand to make Goa an export hub, a model export State for the rest of the country.

“Over the next few days, we will have workshops, debates, and discussions on how together we can pave a path to reach this goal,” said Sawant.

The ‘Vanijya Utsav’ is organised by The Department of Commerce, Government of India and State Industries Department in collaboration with the Cotton Textiles Export Promotion Council to focus on some of the leading exporters from the State as well as provide a platform for industrialists in the State to interact with various export related Government agencies such as Agricultural and Processed Food Products Export Development Authority (APEDA), Customs, and Directorate General of Foreign Trade as part of ‘Azadi ka Amrit Mahotsav’, a celebration to commemorate 75 years of Independence.

Sawant highlighted the potential of the State, reiterated government’s commitment to improve the export environment to attract more new investments. “We have also emerged as a manufacturing base for several leading companies in areas such as tyres and tubes, cement, electrical machinery, automatic washing machines, printed circuit boards. Cashew processing has also been a traditional industry in the State. The pharmaceutical industry in Goa produces 12 per cent of the total medicines manufactured in India, and about 70 per cent of their produce is exported to the most developed countries in the world,” the Chief Minister added.

He said that the government is working hard to improve logistics infrastructure and the construction of Mopa greenfield airport is in full swing and will be completed by August 2022. Completion of Zuari Bridge connecting North and South Goa which will be inaugurated in few months will further enhance connectivity in the State.