Change was the constant as many veteran sarpanchas lost; 82-year-old is the oldest winner, 72-year-old woman is oldest first timer; people have voted for better villages and a better Goa, but politics has still found a way in; parties and leaders started taking credit for their “panel’s” victories 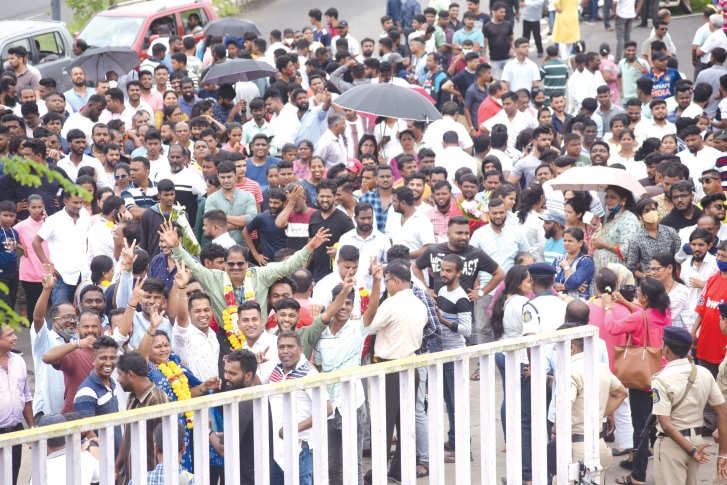 PANJIM: Though the general elections to 186 Village Panchayats are not fought on party lines the political parties on Friday claimed credit that maximum elected candidates were supported by them.

The election results gave many upsets as many long-serving panchayat members were defeated as the villagers chose new faces in most of the Village Panchayats.

She is the mother of former Sarpanch Mohan Gaonkar.

The candidates along with their supporters were seen standing outside the counting centers. The mood was upbeat as winning candidates were garlanded and various panels claimed that they had secured a majority in the local-self bodies.