HC notice to Govt over complaint against DySP Sagar Ekoskar

In May, the Home Department directed the DGP to immediately conduct a detailed investigation into the matter and take appropriate action and submit a detailed report 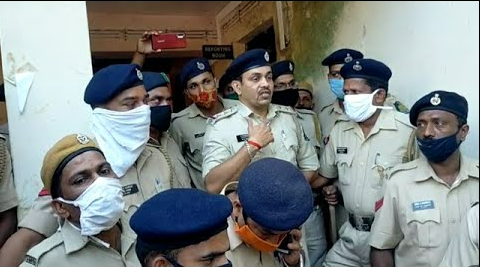 PANJIM: The High Court of Bombay at Goa has issued notices to the Chief Secretary and Director General of Police (DGP) regarding the alleged harassment of a businessman Floyd Coutinho by DySP Sagar Ekoskar and three others.

Coutinho, a business from Margao had filed a writ petition before the High Court seeking directions to the State government and DGP to initiate action against DySP Ekoskar and others for allegedly harassing him and for trying to implicate him in a false case.

The Division Bench comprising Chief Justice Dipankar Datta and Justice Mahesh Sonak admitted the writ petition and issued notices to both, the Chief Secretary and the DGP asking them to file their replies by August 29.

The petitioner said that he approached the High Court after the government failed to take action against DySP Sagar Ekoskar, PSI Tejaskumar Naik and two constables Dhiraj Naik and Rizwan Shaikh even after two letters from the Prime Minister’s Office (PMO).

In May, the Home Department directed the DGP to immediately conduct a detailed investigation into the matter and take appropriate action and submit a detailed report.

The petitioner said that despite informing the Maina-Curtorim Police Station that he was not present in the country for inquiry and that he will visit the station once he come down to India and would cooperate with the inquiry, the police went ahead and issued a notice against him under Section 41 of CrPC pasted the same on the door of his flat at Margao and tarnished his image amongst the residents of the building society.

Claiming that he was not involved in any case and that he was harassed unnecessarily by posting notices on the door of his flat allegedly at the instance of DySP Ekoskar, who is avenging revenge against him owing to his personal benefits.

Coutinho is an OCI card holder and presently residing in London. Adv Sahish Mahambrey argued on behalf of the petitioner.