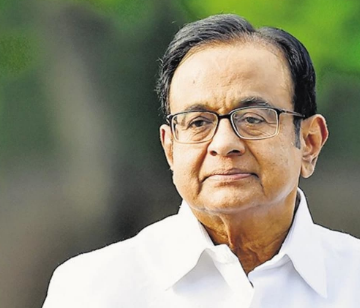 NEW DELHI: Former union minister and senior Congress observer for the Goa Assembly elections P Chidambaram on Wednesday hailed former chief minister Pratapsing Rane as a senior statesman agreeing to his request to inaugurate the Goa PCC's election office in Panjim on Thursday (October 14) at 11 am.

"It is a splendid beginning to the Congress election campaign," he tweeted.

In another tweet on Monday, Chidambaram had said he met Rane, the six time CM of Goa, who held the office for 18 years and who laid the foundation for the prosperity and development of Goa and built modern Goa.

"His knowledge and wisdom will guide the Congress party as we prepare to contest the next Assembly election in 2022," Chidambaram added.