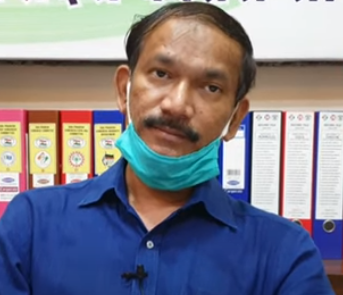 PANJIM: The Congress on Sunday demanded the resignation of Health Minister Vishwajit Rane for his owning moral responsibility during this crisis.

In a press statement, Goa Pradesh Congress Committee (GPCC) president Girish Chodankar, reacting to Rane’s recent TV interview, said it is not only the administrative errors but the mass corruption by the BJP government that has resulted in COVID emergency in Goa.

“Health Minister should not try to play victim card now. His greed for making money has resulted in collapse of the health sector in Goa. He is equally responsible for all the mess and must resign immediately owning moral responsibility for the Covid deaths,” he demanded.

Chodankar said it is a good sign that Health Minister has realised that the administrative errors have delayed implementation of certain decisions which resulted in Covid emergency.

“With this realisation, he must act now in the interest of the nation and State,” Girish stated.

The Congress president charged that the ongoing oxygen shortage for COVID patients is only because of internal feud between Chief Minister Dr Pramod Sawant and Health Minister over greed for commission.

He also alleged that because of this greed, doctors & medical staff are overburdened & stressed which may result in the collapse of healthcare system.