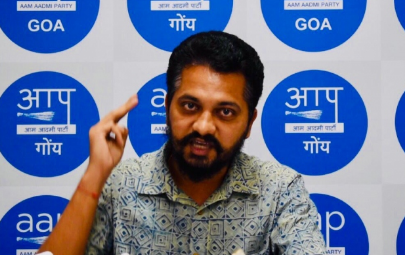 The party said unless Chief Minister Dr Pramod Sawant issues a notification or takes a cabinet decision to this effect, they will continue to oppose IIT in Melauli. Briefing media persons, AAP spokesperson Adv Surel Tilve said the same Vishwajit Rane had earlier asserted that he would establish the IIT at Melauli come what may.

“However now that his political future is under threat, he has taken a U turn which is a speciality of the present government,” he alleged.

Terming Vishwajit’s statement as eyewash, he said, “The people of Melauli who have been agitating for so long will not get fooled by it and will teach him a befitting lesson at the next elections. The people are fighting for their right and AAP is with them in their struggle.”

Adv Surel said Chief Minister Dr Pramod Sawant and Health Minister Vishwajit Rane have always been speaking different languages and added that even in the battle against COVID, Vishwajit would say something contrary to what the chief minister had said.

“We would like to know how and why it took Vishwajit such a long time to realise what is the wish of his constituents as these were the very people who voted for him,” he said and added that ownership of land is a real issue in Sattari and people should go there to understand what happens when the land is not in your name. Congratulating the people of Melauli and extending AAP support to them, he said, “The agitation is not over as yet and will continue till the government gives in writing that the IIT will not be set up there.”  He sought to know how government became owner of the land.