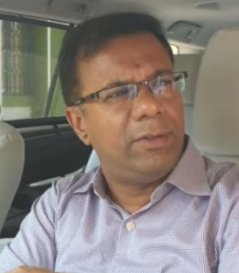 PANJIM: Health Minister, Vishwajit Rane, on Saturday, assured the nurses, whose services were terminated by Goa Medical College and Hospital (GMC), of their reinstatement after following proper process within next 48 hours.

“With reference to termination of 14 contract nurses, I will personally look into the matter and reinstate them after conducting a proper interview within 48 hours,” the Health Minister tweeted.

He further added, “Our nurses are the real heroes who have been working tirelessly to provide medical care in these unprecedented times.”

On May 20, Under Secretary, Trupti Manerkar, conveyed the government decision to Director GMC administration, to terminate forthwith the extension of contract of 14 nurses. The contract was allegedly done without following proper procedure.

"If required, nurses are to be appointed afresh by following proper procedure," she said while directing to fix the responsibility on officers who permitted the irregularity.

GMC was directed to comply with the order and submit a compliance report within seven days.

The nurses had called on the Health Minister at his office in Miramar, earlier on Saturday, putting forth their grievances and demanded that they be reinstated into service.

Speaking to the media after meeting Rane, the nurses said that the minister has assured to reinstate them into service.

"The minister was kind enough to listen to our grievances. He has assured us of reinstatement into service after following proper interview process within the next 48 hours," the nurses said.

The sudden termination of the services raised several eyebrows as the move came at a time when the State is facing a spike in COVID-19 cases. The doctors and nurses attached to the government hospital are frontline workers in the fight against the virus.