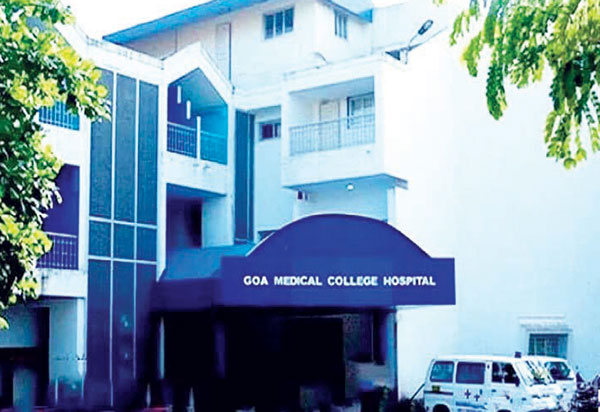 PANJIM: The High Court of Bombay at Goa will hear a Public Interest Litigation (PIL) challenging the alleged recruitment scam in Goa Medical College and Hospital (GMCH). The PIL filed by Shailendra Velingkar has challenged the “illegal and unconstitutional” recruitment for 1,371 posts in multiple categories in the State-run hospital.

“The recruitment process has flouted all norms of process and carried out in a arbitrary manner. The said process is carried out in a secretive manner by not publishing notes, memorandums, results and other details in the public domain,” the PIL states. The petitioner also alleged that majority of the selected candidates belonged from Sattari taluka, represented by Health Minister Vishwajit Rane.

Velingkar has further objected to the appointment order issued for 30 multi tasking staff (MTS) in GMCH on Friday. He said several recruitment laws are violated in issuing letters to these 30 candidates, who again are mostly from Sattari.

The PIL also challenges the Goa staff selection commission (amendment) act, 2021 for it being ultra vires (beyond powers) of the Constitution of India.

“The PIL seeks various reliefs for the public in general against the illegal and discriminatory recruitment drive which has deprived several Goan meritorious students and youth of their rightful claim. The PIL challenges such acts of the Government which has not only deprived deserving candidates of their rights but also disturbed the spirit of democracy and damaged the social fabric,” it said.