Crime syndicate lured overseas job seekers with promise of jobs in Canada; Would hold victims till ransom was paid and then let them off 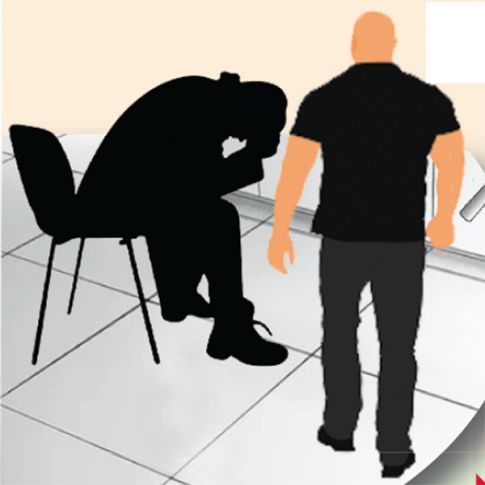 PANJIM: A bizarre kidnapping story unfolded in the State that had all the elements of a potboiler with international ramifications. A sophisticated crime syndicate targeting vulnerable overseas job seekers could have gone undetected but for one flaw – the kidnappers did not speak the language of the victim.

Shapoor Zarifi, an Afghan national, the latest victim of a 13-member gang led by Sushil Singh alias Rishab, communicated in Persian with his fiancée with the kidnappers clueless of what he was saying. 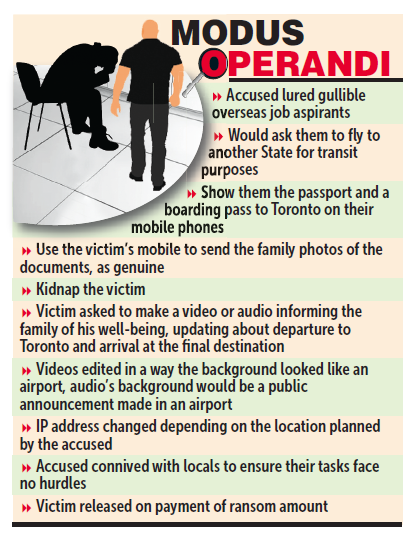 Here’s how it worked: The organised criminal network identified potential victims across States luring them with job offers in Canada, getting fake travel documents done and eventually kidnapping their target for ransom.

Zarifi had paid an advance of Rs 2 lakh to Sushil for travel documents to Canada and the Afghan national flew to Goa from Delhi on being convinced by Sushil that his passport and boarding pass for Canada were ready, unaware that he would be held captive at a rented bungalow in Porvorim.

“The victim was asked to send a voice mail to his fiancé Hafeeza back in Delhi informing her that he has landed in Goa and will soon fly to Toronto (Canada). The kidnappers had warned him against hinting anything suspicious to her. Zarifi communicated with his fiancé in Persian, which his kidnappers did not understand, and asked her not to pay the ransom,” the source told Herald. The ransom, as the accused had tutored the victim, was to be asked in such a manner that it would appear to be final payment towards his prospective job at Canada.

The woman quickly approached the Delhi police, who contacted their counterparts in Goa followed by the formation of a team of Vasco and Pernem police, Anti Terrorist Squad and Crime Branch.

The joint team, upon intercepting the exact IP address, raided the bungalow and rescued Zarifi. The raid also led to the rescue of another victim, belonging to a farmer family in Punjab. He too, like in many cases, was taken to Sushil through foreign recruitment agents at his hometown.

The tech minds in Goa Police tracked the original IP address to crack the case and zero-in on the accused. The criminals’ meticulous planning has also exposed involvement of two Goans, one of whom was tasked with renting out an accommodation to avoid verification formalities – mandatorily followed when a premises is leased out to non-Goans.

The gang, all in the custody of South Goa Police, confessed to kidnapping job seekers for ransom and let them off on receiving their payment.

Zarifi, a property dealer in the country’s capital since 2015, has been reunited with his family as the investigation team is interrogating his kidnappers to unearth more facts.

Herald has learnt the accused would lure gullible job aspirants asking them to fly to another State as a transit destination to fly to Canada. It is also learnt that they lured vulnerable individuals of jobs in Australia and USA as well. No victims, other than the two rescued, have so far been identified.

In what could surprise many, the kidnappers have also been alleged to be involved in illegally trafficking victims to USA. “The victim would be illegally trafficked to a country in South America and from there moved along and finally cross to USA. With no travel documents in possession and identity uncertain, these victims in course of time get refugee status,” said the source. No such case has been reported from Goa.