I stand by public opinion of Cong going alone for polls: MP 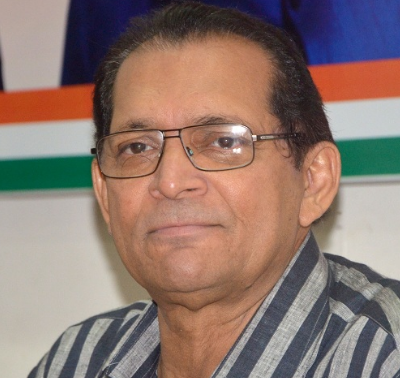 MARGAO: South Goa Member of Parliament Francisco Sardinha on Wednesday stated that he stands by the public opinion and public wants the Congress to go alone in upcoming elections, and he will put forth sentiments of public before the party high command.

Addressing the media persons at Margao he also clarified that Congress is not even thinking of having an alliance with Aam Aadmi Party (AAP) in Goa.

"Being an MP many workers and supporters of the Congress approached me and they had put forth their views with regard to an alliance. According to their opinion Congress should not go for an alliance in upcoming elections", said Sardinha.

He further said that many have left the Congress for personal gain and some in the interest of taking positions, and considering all these political developments people have lost faith in Congress. Congress workers fear an alliance with opponents.

"I want to give a clear message to the workers and supporters of Congress that I am of the same opinion and support the views of workers. I have already informed about the issue to the party high command but they have to take the decision", he stated.

The MP said that he will convey the opinion of the workers to the party leaders.

"Congress also doesn't want the leaders who have and will cheat the party in near future. Now, my appeal to the people of Goa is not to elect such leaders in upcoming elections", said Sardinha.