Herald’s campaign against noise pollution acted as a deterrent, but the noise is growing again as all night and day parties hound locals. Herald is responding immediately to this; Residents say the police act deaf, dumb and mute even after informing them 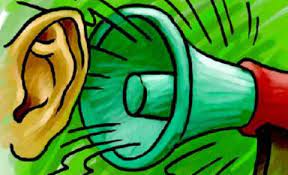 Every hotel, restaurant, club, café, and more such establishments in this coastal belt can be seen playing loud music while going beyond the concept that loud music party is not only limited to rave parties. While these establishments use this ‘loud music’ formula trying to attract more and more customers, on the other hand, it’s harassing to the people residing in this locality for years.

In one such incident, a resident of Praise Vaddo in Anjuna narrated how she used to sit outside her house and study during her childhood with no disturbance while today the situation is completely different.

“I was born and brought up in this house. I used to sit outside my home in complete peace with no single passer-by. But today the situation is different. My home is totally blocked with concrete buildings and these constructions have blocked the beach view and sadly the gentle sea breeze. Today we cannot sit outside and enjoy the gentle breeze. I was forced to close the front part of my home because the loud music was unbearable,” Agnes Fernandes said.

“Anjuna village was very peaceful in the past. Loud music was played only during the rave parties, which used to occur only in certain places and not everywhere. But today, music that is played by every restaurant or club is too loud and unbearable. While some parties continue till early morning, some start at 6 pm. Sometimes we can hear the music that is played some kilometers away which does not affect us much but must be affecting the people in the neighbourhood where the party is going,” Fernandes added.

M D’Sa, another resident in the coastal Anjuna, said, “Situation of the coastal belt is very bad now. There was a time when we could see the beach sitting in our balcony but today everything is covered. The loud and blaring music has also begun hurting our ears and prevents us from carrying out any household activity. We used to keep our doors closed but now the sound of music is unbearable”, D’Sa complained.

The concerned authorities should curb this issue where restaurants and clubs play loud music. No control over these rising illegalities has given rise to such issues, the locals said.

Desmond Alvares, a resident of Assagao said, “I stay in Assagao but still I can hear the music which is played by clubs which are located almost 4 kms away but even after giving oral as well as written complaints, no action is initiated by the police. Every night loud music parties are held which continue till the next morning but when police are called, they say that no such incidents are reported. Even after informing the police, the police act deaf, dumb and mute”.

“Parties still continue throughout the night. While some start in the evening, most others start after 00.00 hrs, i.e. at Ozrant and south Anjuna, by 1.00 hrs full blast which continues till early morning next day, Even after calling PCR, no action is initiated. I also make calls to DGP, PI, DySP, but no one replies”, Alvares added.