If BJP can repeal farm laws then why can’t it start mining: AAP 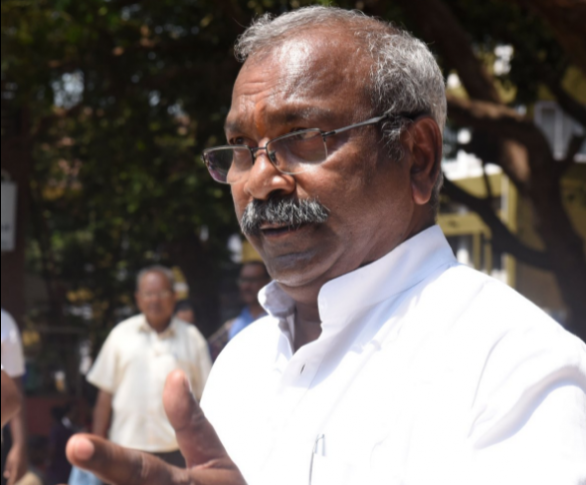 PANJIM: Aam Aadmi Party (AAP) leader Puti Gaonkar on Wednesday questioned if the BJP government can repeal the three controversial farm laws then why can't it start mining in the State and provide land rights to the land owners.

He said, “The BJP had promised that it would notify the wildlife area after taking note of the private land in the wildlife area. They had set up Karapurkar and Sawant committees for this but the government hasn't worked on it till date. Then Congress leader and MLA Vishwajit Rane had challenged the Governor’s decision in High Court. Even a decision on that matter hasn't come yet. Most people from Sanguem, Quepem, Bicholim, Sattari and some parts of Pernem have not got their land rights yet. The lands which were notified in our forefather’s name during the 1850s, because of a 1970 survey, had termed us as encroachers.’’

“The BJP, which has been putting hoardings talking about the developmental works that have been carried out in the past 10 years, should declare how many industries have been shut during their period,” said Gaonkar.

“The mining sector has been shut for several years. There are 25,000 families dependent on this sector. But, the government is only working for the corporates. Earlier, Prime Minister Narendra Modi promised to file an early hearing petition on the mining matter but this has not been done. If they are taking so many years to file the petition then how are they going to start the mining,’’ asked Gaonkar.

“Now, ahead of the Assembly elections the government is involved in corruption in the name of providing employment. They have been offering bogus offer letters and taking Rs five lakh. The CM’s office has turned into an agent office now. In the entire country only the Arvind Kejriwal government is providing the highest minimum wage of Rs 15,000. But, here in Goa corporates have been paying Rs 10,000, which goes for transportation and food. There is a need for upliftment of locals. Unfortunately, during the Sawant government the Sanjivani sugar factory got shut. The government is now bringing university on that land. How many Goans will get employment there? If they had set up a container hub then people would have been self-employed,’’ he added.