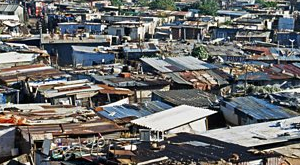 MARGAO: Fights broke out at a land full of shanties behind the Junta Quarters in Pajifond, Fatorda as local Goans alleged illegal hutments being built rampantly.

The Talathi inspected the land over the complaints and has confirmed that the shanties are being built by migrants on the government land.

A local resident, Raju Madkaikar said that there have been several migrants who have set up shanties and are on the verge of making them into pucca constructions behind the Junta Quarters.

He complained that he wasn't bothered until these migrants started entering his land. When he objected, men and women tried to assault him.

He has alleged that the shanties and constructions are coming up in the government land.

The Talathi of Fatorda Prabhakar Naik visited the place and inspected the site after he received a complaint regarding this matter. Prabhakar has confirmed that the shanties and construction is of the Hospicio Hospital.

He also said that he has submitted a report to the Mamlatdar for further action.

However, it was surprising to see migrant women playing the victim and claiming the right to this particular land for being poor.

The Comunidade of Aquem too is defending hundreds of such cases of encroachments in the lands all over Margao and Fatorda.