In a letter to the Centre, Curtorim MLA slams Javadekar on Mollem protests 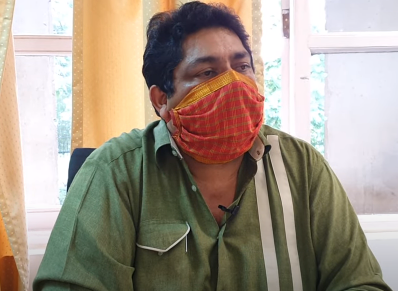 margao: In a strongly worded letter to the Chief Minister of Goa and the Minister of Environment and Forests (MoEF), the Curtorim Congress MLA Aleixo Reginaldo Lourenco said that their feigning ignorance on protests of Mollem National Park is disturbing to Goemkars.

Reginaldo said that like countless, Goemkars he too is shocked too with the statement made by MoEF Prakash Javadekar during his visit to Goa that he is clueless to the protests at Mollem National Park despite numerous Goemkars comprising of students, teachers, architects, artists, scientists travel and tourism operators, etc who have written to him during the last four months on this grave issue.

"I myself have written to you under the subject ‘Regarding Bhagwan Mahavir Sanctuary and Mollem National Park being stripped of its green cover’. A letter  was also addressed to the Prime Minister, Union Railway Minister, Ayush Minister, and Goa Chief Minister,” he added.

"How is it that you are unaware of this grave issue of destruction of Mollem National Park and Bhagwan Mahavir Wildlife Sanctuary? It is presumed that the letters, which we write to your good self on environmental issues engulfing Goa are not put into the dustbin without the redressal of grievances of Goemkars" said Reginaldo.

"I once again on behalf of Goemkars, am keen to know, are we a democratic country or have been reduced to a country governed by tinpot dictatorship? Does anyone care and give importance that our wildlife would have less and less place to live as time is passing by? Does anyone care that the parkland in both Bhagwan Mahavir and Mollem National Park is home to many communities of nomadic buffalo herders?" he questioned.

"With folded hands, I once again appeal to your good self that in the name of so-called haphazard development please do not play with nature, God will not forgive us for the destruction going on in the State of Goa to benefit few crony capitalists" he added.