In troubled waters: Stop work order to Waters beach club in same spot where HC had ordered demolition of another

Panchayat site inspection to check illegal construction on Nov 25, at the very same place where the Sunburn beach club was ordered to be demolished by the High Court 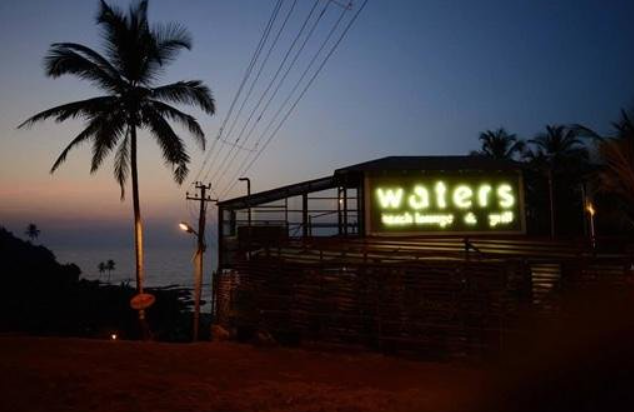 ANJUNA:  The controversial beach lounge construction in a no development zone (NDZ) allegedly by the Waters Beach Lounge and Grill seems like new wine in an old bottle. And this is why.

An earlier club on the same site was ordered to be demolished by the High Court since this was in a no development zone, according to the advocate for the petitioner, in that case, Adv Carlos Alvares Ferreira.

Adv Ferreira said, “I am surprised to know that construction is coming up in Survey Nos 213/17 and 213/18 of Anjuna village. On behalf of the complaint and villagers, I had filed a petition in the High Court because the panchayat and other authorities were not taking action in respect to the building erected by Sunburn Beach Club at that time and the High Court had enforced an order for its demolition and it was implemented.”

“Merely because the owner changes, it does not change the complexion of the land. The nature of the land remains the same. Our argument was it is a No Development Zone because it is within 200 metres of HTL and No Development Slope in Regional Plan 2021. If this is not merely a temporary structure but a permanent construction then this is a major disaster of the environment”, Adv Ferreira added.

The Anjuna Village Panchayat has scheduled a site inspection on November 25 on the site of the Waters Beach Lounge and Grill after stopping work on what is apparently a gross illegal construction.

The stop work order was issued to the director Samar Merchant for allegedly carrying out illegal construction in Survey Nos 213/17 and 213/18 in a No Development Zone (NDZ) in Anjuna village.

The High Court of Bombay at Goa in August 2021 had directed the Goa Coastal Zone Management Authority (GCZMA) to demolish Sunburn Beach Club, a nightclub-cum-bar and restaurant for violating the CRZ rules by setting up a property in the No Development Zone (NDZ).

Justice M S Sonak pulled up the government authorities for overlooking illegalities and sought demolition of the structure within four weeks.

The Bench observed that the illegal structures put up by the petitioners in the NDZ were despite a solemn undertaking furnished by them to GCZMA that they would demolish these ‘patently illegal and unauthorised structures’ in the NDZ.

“What is surprising in this matter, however, is that the authorities like panchayat, Tourism Department, FDA, and Excise Department, also supported the commercial activities undertaken through these massive illegal constructions put up by the petitioners in a highly eco-sensitive NDZ. The GCZMA had to ultimately direct all these authorities to revoke the permissions. All this creates an impression that the petitioners are now accustomed to putting up such massive illegal and unauthorised structures in the said property during the tourist season and thereafter delay the proceedings before few authorities which dare to take action or, are forced to take action under public pressure,” the order stated.