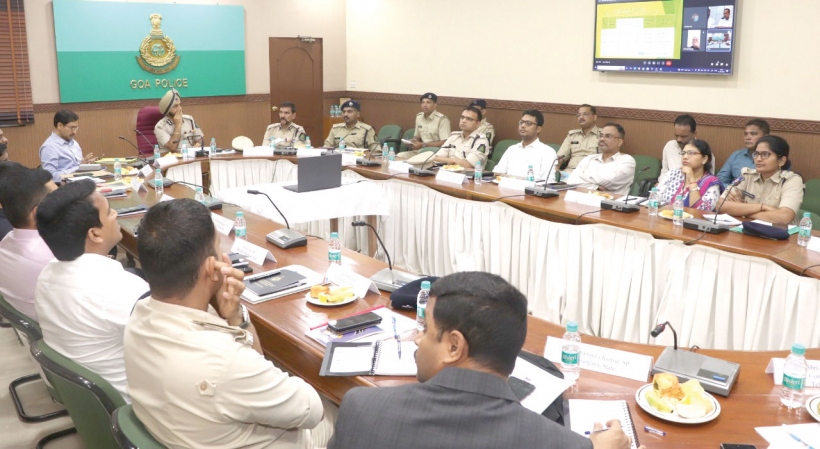 PANJIM: The Inter-State Intelligence Coordination meeting of various officials of five States including Goa met to develop coordination mechanism with State police to effectively deal with the drug peddlers, drug mafias and drug cartels operating in the States. The meeting aims at strengthening the elimination of accused in narcotics substances.

The Inter-State Intelligence Coordination meeting regarding narcotic drugs and other organized crimes was held at Police Headquarters in Panjim on Thursday. Representatives of Telangana, Andhra Pradesh, Gujarat, Odisha, Directorate of Revenue Intelligence (DRI), Coast Guard, Narcotics Control Bureau (NCB), Railway Protection Force (RPF) were present at the meeting. The Director General of Police (DGP) Goa Police, Jaspal Singh while briefing the mediapersons regarding the meeting said that the meet is aimed at coordination, cooperating and sharing of intelligence to help police to deal with drugs peddling effectively.

“The tag of easy availability of drugs should not be there on Goa and jointly work to make sure it gets very difficult for peddlers to sell drugs in the state,” said the DGP.

He further said, “The States involved in the coordination meeting have shared a list of the arrested people. This list will be verified by other states to find out if they have accused of similar names and description.”

DGP Singh informed that drugs come to Goa through buses and trains and hence it is not possible to have permanent nakabandi against drugs at these places but random surprise checks are held.

It may be recalled that earlier this month, there was an exchange of allegations between the top police officials of Telangana and Goa regarding ‘non-cooperation’ by the Goa state police in the drugs cartel matter.