Is anybody listening to Goa? 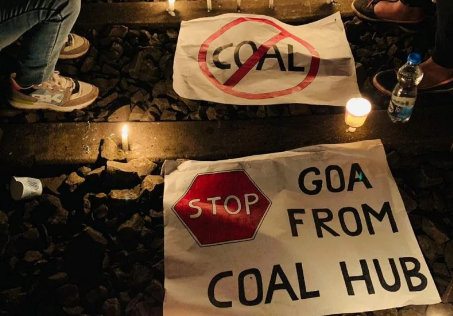 The message being sent out by the people is loud and clear. They do not want the three projects – railway double tracking, highway expansion and the electricity substation in the Mollem forests. They don’t want coal to be unloaded in the State and transported via Goa to another State. Additionally, the people of Melauli don’t want the IIT to be located in their village. The reasons for the opposition to all these projects are of livelihoods and the environment. But are those in power paying heed to the people? Are the demands of the Goan people reaching New Delhi?

Goa has three Members of Parliament – two of the Bharatiya Janata Party and one of the Congress. The Congress MP has only recently displayed some support to the demands of the people. The BJP MPs have been silent on the issues. So who is speaking for Goa in New Delhi’s corridors of power? Apparently nobody and therein lies Goa’s downfall. Goa needs somebody to speak up so that its voice reaches New Delhi. It cannot rely on its current MPs, and it cannot rely on the government. Who will be that voice that reaches out to the Centre with Goa’s issues?