Narcotics Control Bureau claims Goa tops Mumbai in abuse of LSD; Says there is inter-state gang with a link between North India, Maharashtra and Goa 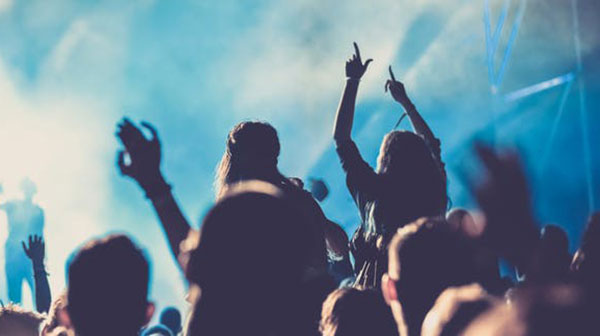 PANJIM: Multiple drug raids over the past week to crack the whip on the drug nexus in the State have unearthed a disturbing substance abuse trend – the resurgence of LSD.

Recovery of LSD in separate raids by Narcotics Control Bureau and Crime Branch (Goa), and Anjuna police, within a span of a few hours on March 12-13, 2021 indicates that party drugs are largely prevalent in Goa.

NCB Zonal Director Sameer Wankhade said Goa tops a big city like Mumbai in the abuse of LSD. “An extremely disturbing trend is the resurgence of LSD in Goa. The State tops Mumbai,” he said, speaking to Herald.

Sourced from Amsterdam, LSD is an easy substance to carry as it is usually in the form of small stamps. Each of these small blots cost Rs 3,000 to Rs 4,000. Being one of the most potent drugs, the Central government has declared 0.1 gm as the base commercial quantity.

The Bombay High Court had recently held that highly potent LSD is sold as micro dots, capsules or gelatin squares, while in a pure state it is a white, odorless substance.

The State, that also witnesses an influx of several domestic and foreign tourists, also records rampant existence of ganja (cannabis), cocaine and charas (hashish). If not just tourists, who prefer premium quality of narcotics, youth including college-going students too have fallen in the trap of drug abuse.

Cocaine, trafficked from African countries is found at high-end parties while ganja is reportedly easily sourced from Madhya Pradesh. This locally-grown ganja is preferred by youth, for it is not ‘very expensive’. Another form of ganja ‘bud’ costs between Rs 5,000 to Rs 8,000 per gm as against local ganja that is priced at Rs 15,000 approximately per kg.

“Bud is only available at the high-end party circuit,” Wankhade said, replying to a query on the availability of drugs.

Similarly, two forms of charas are being trafficked, peddled and consumed in Goa. The ‘normal category’ is supplied from Jammu & Kashmir – Manala Cream – a strain of cannabis with high oil content and intense aroma also has its emergence in Goa. The premium quality hashish is grown in a village called Malana in Himachal Pradesh and costs Rs 25 lakh to Rs 50 lakh per kg.

The arrests of three persons during the raids on March 7-8 has brought to the fore a Nigerian’s prominent role in the drug racket. Wankhade calls it an “inter-State racket”. Nigerian drug supplier Ugochukwu Solomon Ubabuko is a major supplier, Wankhade confirmed.

“The drug problem has grown in Goa. We are aggressively launching operations to crack down on the drug network. We need to have a consolidated approach to break the bones (of the drug cartel),” he said, adding, “They (referring to the Nigerian, Congo national John Infinity alias David and Hemant Sah alias Maharaj) have supplied to a lot of places. It is an interstate gang.  There is definitely a link between North India, Maharashtra and Goa.”

Provided with all assistance as sought by Goa Police, NCB is in the process of creating a database of peddlers in the wake of the drug menace in the State. “We are fighting a common enemy,” the zonal director said.