Linear projects cutting through Mollem forest to be raised in Assembly 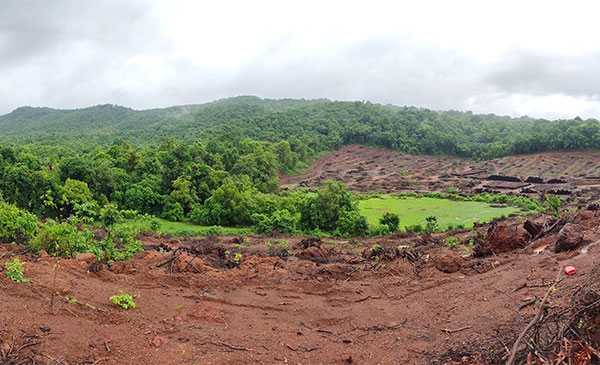 Panjim: Amendments to Goa Lokayukta Act, Goa Municipalities Act, implementation of the new Motor Vehicle Act, three linear projects passing through Mollem forest, are some of the major issues that the opposition will raise during the four-day Winter Session of the State Legislative Assembly, beginning on Monday.

While a private member’s resolution on the three infrastructure projects – double tracking of railway line, power transmission line and expansion of national highway – passing through Mollem forest has been jointly moved by Goa Forward Party MLA Vijai Sardesai and Congress MLA Aleixo Reginaldo Lourenco, the opposition will demand that the controversial Goa Municipality (amendment) Bill 2020 be referred to the Select Committee.

Addressing media persons on Friday, Leader of the Opposition Digambar Kamat said the Opposition will take up several issues concerning the people during the Assembly session.

Announcing that they would oppose any amendments to the Goa Lokayukta Act, Kamat said the Goa Municipality (amendment) Bill needs to be referred to the Select Committee for wider discussion and deliberation, since it will have larger implications on the livelihood of merchants and traders from municipal areas.

On the new Motor Vehicle Act 2019, which proposes hefty fines against violators, Kamat said that it should not be implemented till required infrastructure is made available, including good quality roads.

He added that Sardesai has already moved a resolution on the three linear projects, which needs to be discussed in detail. “We will also corner the government on issues like COVID-19 management, finance, sugar factory, tourism policy, etc,” Kamat said.