Listen to our voices or we hit the streets, youth warn government

Oppose three linear projects; Vow not to support the govt in the upcoming Assembly elections if their voices are not heard 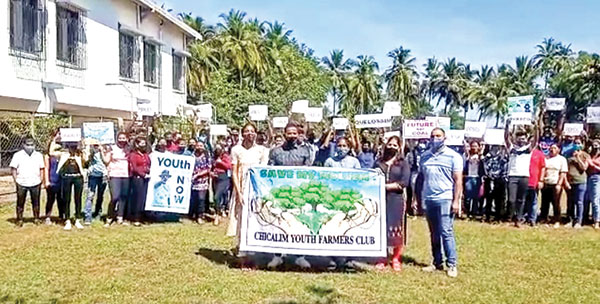 VASCO: Voicing their opposition to the three linear projects namely doubling of railway tracks, expansion of national highway NH4A and high tension power line in Mollem, Chicalim Youth Farmers Club (CYFC) on Saturday threatened to hit the streets and vowed not to support the government in the upcoming Assembly elections if their voices are not heard.

At the CYFC press briefing, the youth from across Goa said the above proposed projects should not materialise as they would cause irreparable damage to the State’s biodiversity.

The youth demanded that a special Assembly session be convened to discuss the three linear projects.

Valerie Alphonso said, “The projects are destructive in nature and are related to coal transportation. The power transmission line is meant to power trains carrying coal along the elevated Castle Rock region.”

Mauvin Pereira said, “Some youth, who met Power Minister Nilesh Cabral, were allegedly threatened and told that cases will be registered against them. They were even warned that their passports would be kept and they will not get government jobs.”

Demanding the withdrawal of RPF, another youth Neola Pereira said, “The government must not lie to the youth and withdraw the project and the land acquisition in Velsao.”

“The youth have been hurt badly looking at the government’s attitude and a bank has been financing the coal projects despite previous cases of some persons looting and leaving India with crores of rupees,” Conchita Moteiro charged.