Lobo resigns as Minister, MLA and from the party; In dramatic anti-climax calls off joining the Congress at the last moment; Pravin Zantye becomes fourth MLA to quit BJP, to join MGP 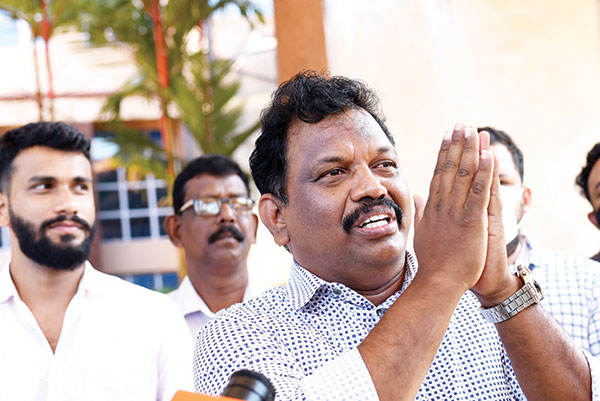 PANJIM:  Amidst high drama and behind the scenes political moves BJP lost its first minister when Michael Lobo resigned as minister and MLA and from the party and was en-route to joining the Congress late on Monday evening.

But there was another political twist to the Lobo tale when the media which had received intimation  about Lobo’s induction into Congress received a cryptic message that the joining was called off. The reason wasn't very clear and Lobo himself was tightlipped.

Immediately after resigning though, he refused to disclose which party he would join, there are enough indications that he will embrace the Congress party.

When asked the reasons for quitting the BJP, Lobo said that workers are not happy with the BJP as the party has adopted the strategy of side-lining grass-root level workers and giving priority to those who enter BJP from other parties.

“I have been highlighting the issues publicly for a long time but no one seems to be bothered. So the next step was to resign from the party”’ he said adding, “I am having talks with other political parties.”

Incidentally, Lobo is the second Minister to quit the Sawant Ministry after Mormugao MLA Milind Naik has resigned as Minister following his alleged involvement in the sex scandal.

Later, in the afternoon Mayem BJP MLA Pravin Zantye resigned as MLA and from the primary membership of the party. He too submitted his resignation letter to Secretary (Legislature).

Zantye is the fourth BJP sitting MLA to resign from the party. He said that he would join the MGP within the next two days. He also hinted that there are indications that more BJP MLAs are going to resign from party.

Zantye said that whatever development works he had asked for the last five years plus jobs to unemployed youth were not given enough priority by the Sawant government. “I had raised these issues at every meeting and whenever party’s national leaders including president J P Nadda visited in Goa but in vain. I did not receive necessary cooperation from the government and the party.”

Stating that Goa’s public debt has reached Rs 22,000 crore, he said that the new government should take measures to restart mining activity and attract industries to the State.

This is for the first time that 10 sitting MLAs of the Goa Assembly have resigned since September last reducing the strength of the House to 30 Members.