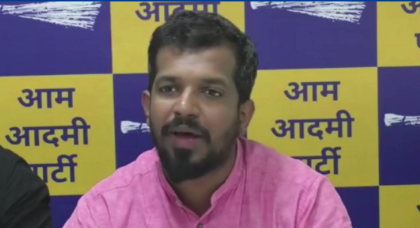 PANJIM: Aam Aadmi Party (AAP) Calangute candidate Sudesh Mayekar accused Michael Lobo, of using taxi drivers to earn his political fortune and leaving the Bharatiya Janata Party (BJP) party to seek better opportunities. Furthermore he urged the taxi operators to support AAP as it is the future of the sector.

Mayekar said, “Lobo hasn't joined Congress to resolve the taxi operators' problem so do not fall for his statement. He left the BJP because the party did not offer his wife a Siolim ticket. Lobo has ruined Calangute and now he is set to ruin Siolim.”

Adding he said, "Once AAP is elected to power, a corporation will be formed that would be staffed mostly by taxi operators, allowing them to decide when and whether they will be covered by apps, and when to hike fares. Apart from this we will implement faceless RTO services and in the case of accident the government will bear the medical expenses.”

AAP leader Chetan Kamat, AAP leader told media on Saturday, “The BJP party and the ex-MLA of Calangute have destroyed the lives of taxi operators. Lobo is spreading lies about leaving the BJP party to help the common people.”

He was a cabinet minister for the past 10 years, but never delivered on his promises.”