Calls workers meeting this morning; To announce decision in the evening 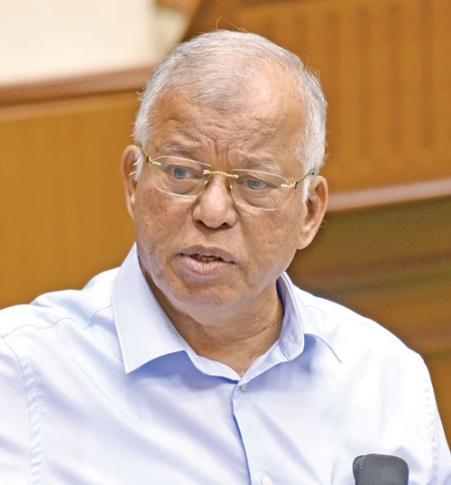 PANJIM: In a major blow to the Congress party ahead of the Goa Assembly elections 2022, former Chief Minister and Navelim MLA Luizinho Faleiro is likely to quit the party on Monday.

Faleiro is likely to announce his decision of resigning from the Congress party on Monday evening and may join the Trinamool Congress Party, which has decided to contest the ensuing Goa polls.

After resigning from the party, Faleiro along with some office-bearers is expected to leave for Kolkata on Tuesday and join the Trinamool Congress in the presence of West Bengal Chief Minister Mamata Banerjee and other TMC leaders.

Faleiro has called a meeting of his workers and supporters on Monday morning and after interacting with them, he will proceed to Panjim, where he will announce his decision at a press conference.

Speaking to Herald, Faleiro said, “I am in deep introspection. I am doing tapasya for the people of Goa.”

Faleiro has been MLA for seven times and was also sworn-in as Chief Minister on two occasions both for a brief period. He was also the GPCC party president twice first in 1999 when the Congress secured a majority by winning 21 seats and again ahead of the 2017 polls when the party emerged as the single largest party with 17 seats.

Faleiro had earlier quit the Congress party in 1982 and joined the erstwhile regional Goa Congress Party. He was the lone Goa Congress MLA elected in 1984 elections and the party was later merged into the Congress ahead of 1989 elections.

For the last few days Faleiro was unhappy with the local party leaders. Party office-bearers close to him had said that the senior leader was sidelined and was repeatedly “insulted” and humiliated by the party. They had also recalled how in 2017, AICC general secretary Digvijaya Singh had stopped Faleiro from staking claim to form the government after Congress won 17 seats and had the support of four others forming a majority of 21 MLAs.

They had also stated that all political party leaders were approaching him to join their party.