MGP says ready for alliance with BJP if allotted 12 seats 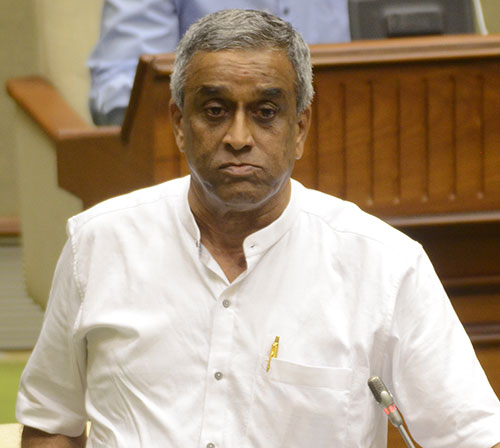 Speaking to media persons after inaugurating the “Diwali Bazaar” in the Dhavlim Sarvajanik Ganeshotav Mandal Hall, he said MGP has put forth the demand to contest 12 seats before all political parties interested in forming an alliance with the regional party.

“We have conveyed our views to all parties including BJP, Congress, AAP and TMC who had discussed on alliance. Union Minister Nitin Gadkari will arrive in the State tomorrow and we will discuss on pre-poll alliance. Without MGP’s support no political party can form government in Goa,” Dhavalikar said.

Sudin said he enjoys friendly relations with Gadkari and it is because of this relationship and support from former Chief Minister late Manohar Parrikar, Goa was able to get Rs 12,000 crore from Union Government for development of roads and bridges.

Dhavalikar said in future too he will use this relation to get additional funds from the Centre for Goa’s development.

Sudin said Gadkari is visiting the State to inaugurate various projects such as the missing link of NH from Verna-Loutolim-Borim.

He said, “IDC Goa was to spend Rs 180 crore on this link but I opposed the tender as it was NH work. On my request, the Union Government sanctioned money for this missing link and thus Goa Government saved Rs 180 crore.”