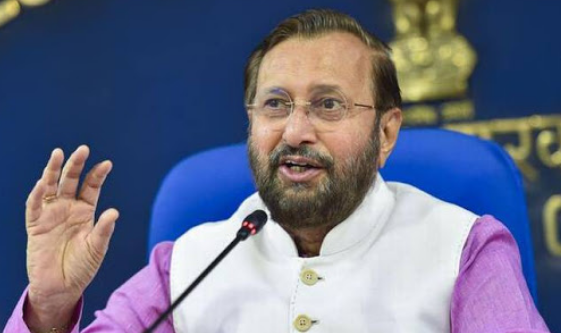 Panjim: Cutting across the party lines, an MLA from the ruling BJP and an MLA from Goa Congress have written a second letter to the Union Minister Prakash Javadekar reminding him of the different stake-holder representations, restating their concerns regarding the three infrastructure projects given clearance within Mollem National Park and Bhagwan Mahaveer Wildlife Sanctuary.

Couple of days ago Alina had hit out at her own government on the doubling of railway track issue wherein she said the project was only for transportation of coal.

BJP MLA Alina Saldanha has written a second letter to the Union Minister Prakash Javadekar reminding him of 18 different stake-holder representations. This letter comes on the backdrop of the second letter written by Lourenco as well.

Lourenco and Saldanha’s letters, addressed to Union MoEFCC Prakash Javadekar, comes after the Minister of Forest, Environment and Climate Change feigned ignorance about receiving any correspondence on Mollem, in press conference held on October 4, when he visited Goa. Over the last four months, thousands of citizens have written to the centre expressing concern and filing objections about the Mollem projects--in letters that are publicly available.

Javadekar’s press conference also left citizens surprised after a letter to the Central Empowered Committee objecting to the projects received more than 20,000 signatures from citizens. Besides Saldanha and Lourenco’s letters, a number of other official representations have also been made in the last few months. Besides them, Leader of the Opposition Digambar Kamar, and Prerna Singh Bindra--former member of the National Board for Wildlife--have all made official representations voicing objections to the Mollem projects.

These are some of the several Goan MLAs from opposing parties including the ruling party, who have expressed concerns over the Mollem projects. For instance, Independent Porvorim MLA Rohan Khaunte tweeted, ‘Union Minister Prakash Javadekar says he will look into the Mollem issue if memorandum is given--so whatever happened to the memorandums submitted till date by various organisations & elected representatives including myself?”

In Saldanha’s letter, she said,  ‘The railway line expansion will affect thousands of people, not only within these forest areas but outside, and the survey and land acquisition efforts have gone ahead while paying no attention and giving citizens no rationale for why these projects are even planned, and whether it is towards creating infrastructure for coal transportation.”