Says government should publish all emergency numbers, contact numbers of nodal officials at various COVID hospitals in print and digital media on a regular basis 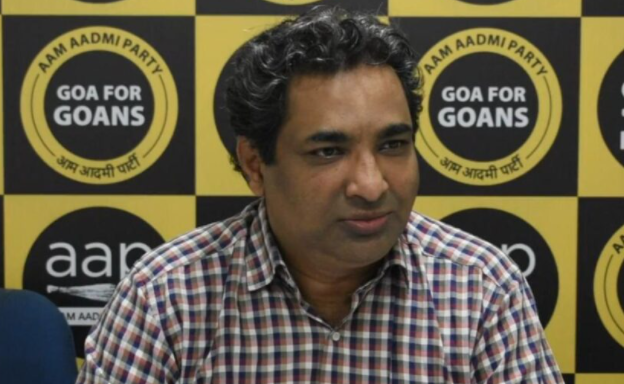 PANJIM: The Aam Aadmi Party on Tuesday criticised the MLAs and elected representatives of the State for deserting the people during the COVID-19 crisis.

The party stated that it is the AAP volunteers and common citizens who are responding to the desperate pleas of help of distressed Goans. Convenor Raul Mhambre criticised those who were active only before the municipal elections and have now completely laid a blind eye towards their responsibilities after getting elected.

He described an incident in which a patient’s appeal to the local MLA for getting a hospital bed fell on deaf ears, as a result the patient passed away in the house itself.

“The further irony is that if these politicians require medical attention themselves, they will be the first to demand VIP treatment, that too at the cost of the same taxpayer who they have left in the lurch now,” lamented Raul.

Merely putting photos on “Tika Utsav” posters or issuing orders for extra-judicial local lockdown is not sufficient, he added.

Raul appealed to the Chief Minister to decentralise the COVID handling effort to the village level, and ensure every elected representative from MLA to Zilla Panchayat, Councillor to Panch be given specific tasks.

He suggested the creation of isolation centres at village level connected to the primary health centres, community health centres and even private hospitals and clinics.

He also suggested that the government could take help from the Temple/Church authorities for halls, school halls and community halls to create such infrastructure, as many people do not have rooms to isolate due to which the virus is spreading at a fast pace.

Raul stated that AAP workers have been handling all types of requests, from hospital beds, oxygen, and ambulances to food, medicines and oximeters.

He also pointed out that the web portal that was opened up after AAP’s consistent demand to inform about availability of beds, is already down after just two days.

Raul demanded that the government should publish all emergency numbers, contact numbers of nodal officials at the various COVID hospitals, and other important life-saving information in print and digital media on a regular basis, so that people can avail of the information.