Referring to the two types of laws pertaining to the election of a municipality chief, Shirodkar said, “There should only be one law- either electing or dismissing the Chairperson by raising the hand or by secret ballots, "he said. 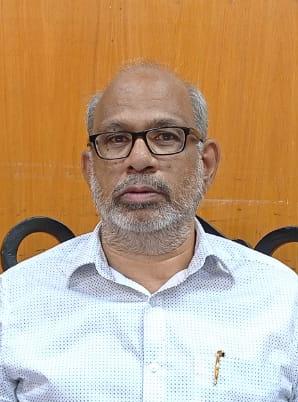 MARGAO: On Thursday, one day before the special meeting called to discuss the no-confidence motion moved by the 15 BJP

councillors, Ghanashyam Shirodkar on Thursday resigned from the post of Chairperson of Margao Municipal Council.

In a letter to the Directorate of Municipal Administration, Shirodkar cited that he is resigning on his own accord and for personal reasons. However, speaking to reporters later, he accused Margao MLA Digambar Kamant and Chief Minister Pramod Sawant of playing a dirty political game which has set a bad example for the councillors, especially the new ones. Shirodkar has also hinted at taking legal recourse, pertaining to the Goa Municipality Act, and its provisions for electing and removing any councillor from the Chairperson post, in the interest of all the municipalities of Goa.

He said that since he was elected councillor, he neither took any honorarium from the Municipality nor used a government vehicle even after his election as Chairperson.

“How am I at fault, who is feeling insecure with my election to the Chairperson post? Confusion amongst the councillors cannot be a reason for showing no-confidence,” he remarked.

Referring to the two types of laws pertaining to the election of a municipality chief, Shirodkar said, “There should only be one law- either electing or dismissing the Chairperson by raising the hand or by secret ballots, "he said.

He added that he has not given much thought to contesting for the post of Chairperson again, but if the councillors declare their support, then he will be ready to take up the responsibility. “If not, I will sit in the opposition as usual,” he said.

Slamming Margao MLA Digambar Kamat for involving God in matters of civic governance, Shirodkar said, “I didn't know that the councillors will be forced to swear before God to prove their loyalty. I had never witnessed such incidents in my entire political career. Senior political leaders should teach good lessons to the newcomers,” he said, also criticising the Chief Minister for interfering in the functioning of Municipalities.