Major projects to be completed next year: CM 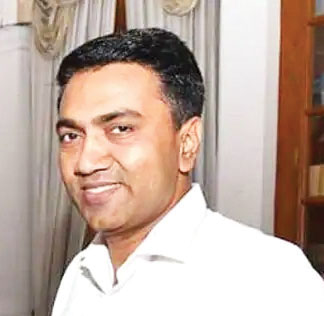 PANJIM: Stating that the ongoing work of major development projects in Goa will be completed by next year, Chief Minister Dr Pramod Sawant has called for support and cooperation of the people to supplement the efforts of the government to make Goa Swayampurna under the Aatmanirbhar Bharat and ‘Swayampurna Goem’ campaign.

Highlighting the achievements of his government in the last two years, Sawant said despite the COVID-19 pandemic crisis, his government succeeded in providing facilities and benefits of welfare schemes to the people under the ‘Swayampurna Goem’ campaign.

The pace of development has been continuous he said and added that the financial package of Rs 300 crore to be allocated to the State government by the Union government for celebrating 60 years of Goa Liberation will be utilised for completion of development projects, generate employment in public and private sectors and provide other facilities.

These projects will also include maritime cluster, Mopa Greenfield airport, electronic city etc, he said and asserted that thrust will be laid on the new education policy.

The Chief Minister complimented the Department of Information and Publicity and CMO staff for their efforts in organising the event to mark the completion of two years of his government. He also acknowledged the contribution of the media for publicity to the efforts of the government in promoting ‘Swayampurna Goem’ mission.

On the occasion, the Chief Minister released a book, documentary film, music video and digital visual graphics on his achievements.

Deputy Chief Minister Chandrakant (Babu) Kavlekar in his welcome address said during the last two years the government headed by Sawant has taken all the people into confidence without any party affiliation which resulted in achieving development in most of the sectors and especially in infrastructure. Deputy Chief Minister Manohar (Babu) Ajgaonkar proposed the vote of thanks.

Earlier, the Chief Minister launched various programmes showcasing glimpses of achievements and two years of governance at a function organised by Department of Information and Publicity at the Assembly Complex.