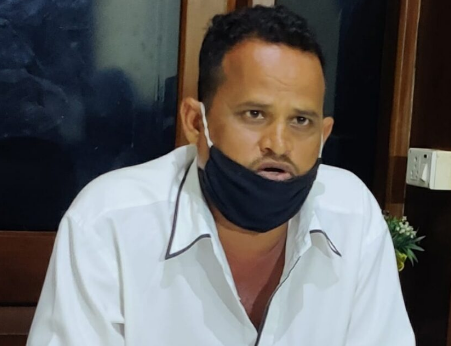 margao:  Voicing his opposition to the doubling of railway tracks claiming that it will take away business from truck owners,

Franky Gomes of Margao Salcete Truck Owners Association, on Wednesday said he supports coal transportation as it provides business to the truck owners. He also demanded that mining activity should not start if only selective trucks are used to transport ore.

He added that truck owners are facing difficult times as they have no business and appealed to Chief Minister Pramod Sawant to immediately restart the mining business.

“However if only some trucks are used to transport ore then it is better not to start mining at all,” he said.

He pointed out that only some trucks are permitted in the mines while those registered in Margao are not allowed. He said this leads to illegalities and corruption as many trucks have two registration certificates and are registered in the mining belt and elsewhere too.

He slammed the Sao Jose de Areal locals for opposing coal transportation and argued that transporting coal gives some business to the truck owners. He alleged that those opposing the double-tracking, especially in Sao Jose de Areal, have now been silenced after being paid some money.

Gomes asserted that he is opposed to double tracking as when that happens, the truck owners will lose business.

Franky asked the Sao Jose de Areal locals to first look at the illegal crushers operating in the village, which have expanded in no time and the dust caused by them affects neighbouring Chandor and even his Curtorim village.

Accusing the NGOs of causing problems all over the world for development, he alleged that the NGOs in Goa are primarily money-making rackets as they raise an issue and become silent when paid hefty sums. However, he refused to name any NGO that was found indulging in such activity.