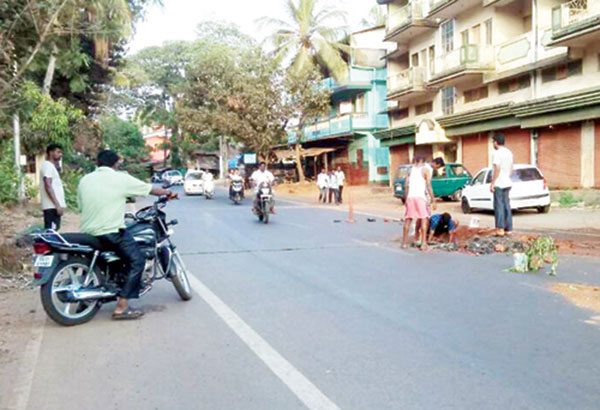 MARGAO: The recent rise in the number of accidents taking place on the roads of Margao has irked commuters who have blamed the haphazard manner in which the road works were executed.

Similarly, the road height was almost the same height as the dividers on the road near the bus stand. Responding to these accidents, the authorities began the work of installing new dividers which were turning out to be the cause of many accidents. Amonkar also demanded that zebra crossing marks be laid.

There were also concerns raised about the ongoing sewerage connection works in some parts of Margao where the portions of the roads near the manholes are weak and could collapse. At night with poor visibility, locals were concerned about accidents taking place on such spots or of vehicles falling into the parts of the road that were dug up and left open.