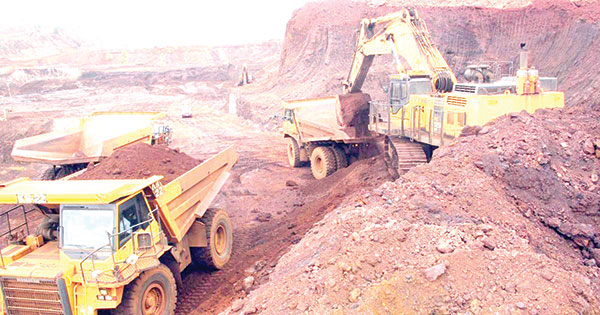 PANJIM: In a major setback to the mining firms in the State, the Supreme Court on Tuesday dismissed an appeal filed by the Vedanta Ltd against an order of the High Court of Bombay at Goa regarding their alleged mining rights for a period of 50 years till the year 2037, despite earlier Supreme Court judgments cancelling their leases.

The Court also dismissed a writ petition by former mining lease holder Geetabala Parulekar filed on similar grounds. Both had sought extension of their mining leases for a period of 50 years till 2037 from the year 1987, when mining concessions granted by the erstwhile colonial government were converted into leases.

Earlier, on July 9, 2021, the Supreme Court had dismissed a batch of review petitions filed by the Goa government and Vedanta against its judgment dated February 7, 2018 cancelling the grant of second renewal for 88 mining leases in Goa.

On October 29, 2019, Vedanta had written to the Goa government demanding extension of their mining lease deed to enable them to carry on mining operations till 2037. The company argued that they were entitled to a 50-year period on their lease, after the amendments to the MMDR Act, 1957 came into force on January 12, 2015.

The Goa government agreed with their standpoint, but expressed inability to extend the lease deed due to the judgment passed by the Supreme Court cancelling 88 mining lease renewals and directing grant of fresh leases and environmental clearances.

Thereafter, on November 19, 2019 Vedanta filed a writ petition before the High Court and a division bench comprising Justice Mahesh Sonak and Justice Prithviraj Chavan dismissed the petition on November 25, 2019 expressing inability to grant relief in view of the SC judgment.

It is in response to the High Court’s dismissal that Vedanta filed a Special Leave Petition which was dismissed by the Supreme Court. The second petition by Parulekar was also dismissed.

“This was the last straw to which the mining lobby in Goa was hanging on to in desperation. Already, the review petitions filed by the Goa government and Vedanta against the SC judgment dated February 7, 2018 had been dismissed by the Supreme Court with a brief order in July 2021. After the dismissal of the review petitions, it was apparent that the appeals and petitions filed by Vedanta and Parulekar would also go out of the window. With this development, the private mining industry and its lobbies which held sway over the sector for more than 50 years has come to an inglorious end,” petitioner NGO Goa Foundation’s Director Claude Alvares said.