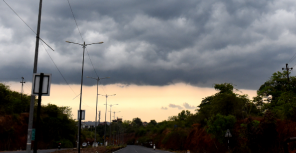 PANJIM: The onset of the southwest monsoon over the Goa coast is likely to be on June 5, the Indian Meteorological Department (IMD) Goa observatory has forecast. The monsoon is likely to reach Kerala by June 1.

The formation of a low pressure area over the southeast Arabian Sea from May 31 could be the reason for the advance of the monsoon, as against the earlier expected delay.

IMD in its bulletin issued on Thursday said that conditions are becoming favourable for further advance of the southwest monsoon into some more parts of Maldives-Comorin area during next 48 hours.

“A low pressure area is likely to form over southeast and adjoining east central Arabian Sea during May 31 to June 4. In view of this, conditions are very likely to become favourable from June 1, for onset of southwest monsoon over Kerala,” IMD said.

The weather bureau said that if the low pressure area’s position remains in favour for the further north ward advance of the monsoon currents, Goa is likely to receive rains around June 5, the normal date.

“But it largely depends on future course of the system in south east Arabian Sea,” it added. Due to the low pressure area, IMD has issued a heavy rainfall warning for the State on May 31 and June 1.

Due to rough sea condition and strong wind currents, fishermen have been directed not to venture into deep sea from May 30 to June 4.

Goa recorded 155 inches of rainfall in 2019. The bumper rains brought unprecedented floods, extensive damage to crops and houses across State.