Movement to Save Mollem gathers steam 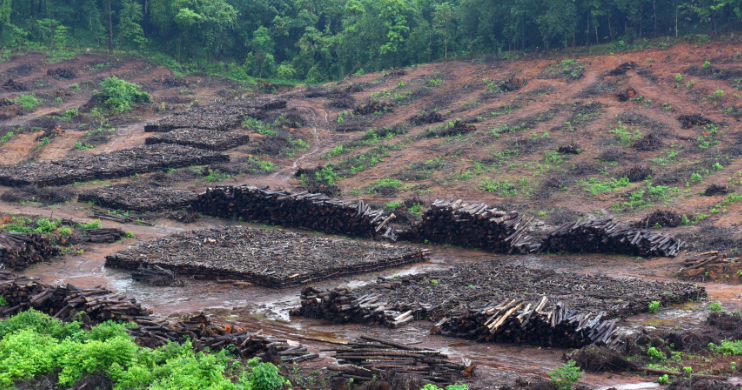 PANJIM: A group of like-minded citizens have come together to remind their MLAs about the ill-effects of infrastructural projects in and around the protected Mollem National Park and Bhagvan Mahaveer Sanctuary.

The citizens, ranging from retired professionals to young achievers, have launched the ‘Save Mollem’ movement as they decided to approach their respective MLAs with letters raising serious concerns regarding deforestation of Mollem in the name of infrastructural projects. The group intends to reach out to every MLA before the one-day session of the Legislative Assembly scheduled on July 27.

“We want that the issue be discussed at the upcoming monsoon session, although it is restricted to just one day. There are three infrastructure projects that threaten the forests in and around the National Park and the Wildlife Sanctuary. In the middle of the lockdown the National Board for Wildlife cleared or discussed more than 30 forest clearance proposals. We are against the destruction,” one of the group’s active member, who preferred to remain anonymous, told Herald.

The letters, which are being submitted to MLAs through a chain of members of the movement, explains how the ecology would be widely affected if the projects are implemented. “Above our sentimental attachment to these forests, is a concern of our own welfare in a future Goa. The water scarcity of Panjim, Ponda and surrounding areas is directly dependent on the rain-fed rivers that originate in and around Mollem. Water scarcity and plans to boost tourism do not go hand-in-hand,” it states.

An environmentalist, also a part of the Mollem campaign, said the letters are a clear indication that people of Goa are opposing the projects which will cost the environment. “We are just citizens opposing the three projects at Mollem and urging the government to reconsider the projects due to their environmental violations. We are currently urging more and more people to encourage their MLAs to discuss the issue in the ensuing assembly session,” she said.

Besides the letters, the group, comprising of ecologists, artists, lawyers, students and teachers among others, are taking to social media to create awareness among the general public.

The campaigners have applauded the efforts of Cortalim MLA Alina Saldanha and Curtorim MLA Aleixo Reginaldo Lourenco for standing against the projects. Saldanha, a former Minister for Environment & Forests, has also written to the CEC opposing the project, while Lourenco has written to Prime Minister Narendra Modi urging him to discourage the haphazard development project in the forests.

“As citizens of your constituency, we will do everything in our power to protect our children’s rights to this natural inheritance too,” reads an extract of a letter to one of the MLAs.

Incidentally, the High Court of Bombay at Goa last week issued notice to the Centre and the State in response to a Public Interest Litigation by NGO Goa Foundation challenging the approvals granted to the three linear infrastructural projects running across the park and sanctuary. 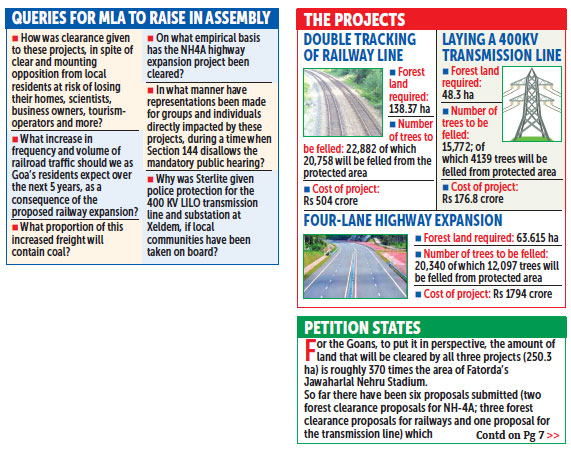