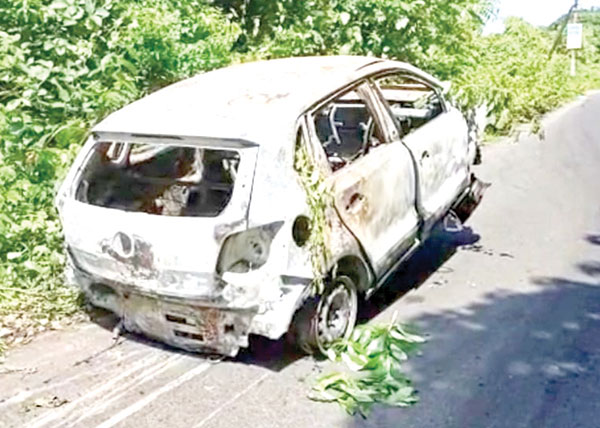 VASCO: A hatchback car belonging to a policeman Rohan Naik, who is attached to Colva Police Station, was gutted in fire, at Velsao, on Thursday night.

According to Verna Police Sub Inspector Shridhar Kamat, they received a phone call saying that a Volkswagen Polo hatchback car was on fire near Jubilant Hall, Velsao.

PSI Kamat informed that after receiving the information about the incident a police team immediately rushed to the site and also informed the fire brigade, who managed to extinguish the fire.

He further said that investigation revealed that the car belonged to a policeman Rohan Naik, who was proceeding home after his work from the Colva Police Station. While Naik was driving home, he noticed a red light on the electronic instrument cluster indicating danger, after which he stopped the car and got out.

“He later again started the car and while was driving home saw smoke emitting out and got out of the car again after which the car caught fire thereby escaping without any injuries,” Kamat added.