Mungul-Comba western bypass stretch will be built on stilts: Min

Mud dumped in the low lying area at the site will be removed, besides preventive measures will be taken to avoid flooding during monsoon, says PWD Minister 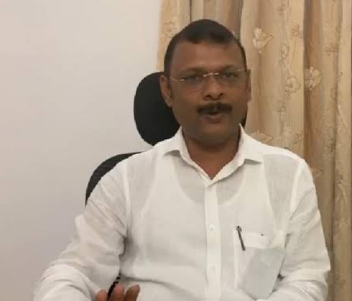 MARGAO: Public Works Department (PWD) Minister Deepak Pauskar on Thursday assured that the western bypass stretch from Mungul to Comba will be built on stilts and the mud dumped in the low lying area at the site will be removed, besides preventive measures will be taken to avoid flooding during monsoon.

He made this assurance during his visit to the site in the presence of Fatorda MLA Vijai Sardesai.

Shockingly, it was revealed that the recommendation of the above proposal of the 10-member expert committee appointed by the government upon the directions of the National Green Tribunal (NGT) is yet to be approved.

The authorities and the PWD Minister are confident that the same will be approved. However, they appeared clueless if the proposal is rejected.

What will be the fate of the locals and the mud dumped at the site, if the suggestions are not agreed by the petitioner, questioned the locals.

It is pertinent to note that there was also a strong demand from the people and children from Benaulim and Seraulim to build the western bypass on stilts.

However, locals still fear that there are possibilities of flooding during the next monsoon due to the mud dumped at the site. They called upon the authorities and the minister to take serious note of the flooding issue.

Speaking to the media persons after the inspection, Pauskar said the stretch from Mungul that is from the wholesale fish market to Comba will be built on stilts as per people’s demands. Thereafter it will continue as per the earlier plan.

“Nearly 980-metre stretch will be built on stilts. Later the mud dumped in the low-lying area at Mungul will be removed,” he assured.

He said the work of the 980-metre stretch will be completed soon, and all the required preventive measures will be taken so that the area and the houses are not flooded.

Pauskar said the government is waiting for the final NGT order to carry out the remaining work.

“The mud dumped at the site is just for the purpose of moving the machinery and soil testing,” he clarified.

The MLA said the locals are apprehensive of flooding in the coming monsoon due to the mud dumped at the site.

“We have got assurance from the PWD Minister and people are happy with it but at the same time we want it to be fulfilled,” he added.