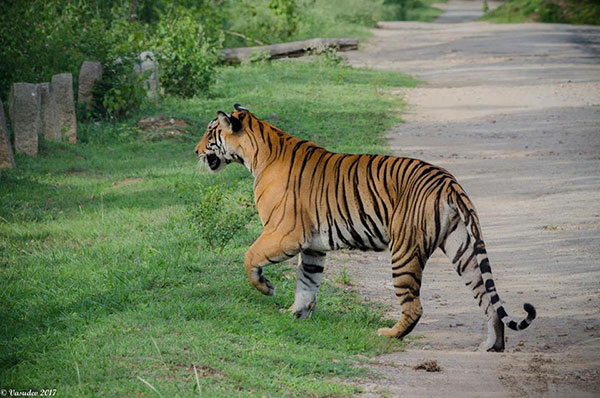 PANJIM: The Standing Committee of the National Board of Wildlife (NBW) has deferred taking a decision on the proposed doubling of South-Western railway track from Tinaighat-Castlerock (Karnataka)-Caranzol (Goa), passing through the Dandeli-Anshi tiger reserve.

Being a tiger reserve site, the committee is of the view that the appraisal of the project by the National Tiger Conservation Authority (NTCA) is must.

During its meeting held in July, the member secretary briefed the Standing Committee on the proposal for use of 10.45 ha of forestland for doubling of the railway line. The Chief Wildlife Warden of Karnataka in his recommendation has imposed certain conditions for the project.

“The member secretary informed that the site appraisal report is awaited from the NTCA,” the minutes of the meeting state.

“After discussion, the standing committee decided to defer the project till the receipt of the report from the NTCA for further consideration in the matter,” it added.

In Goa, the South Western Railway through Rail Vikas Nigam Ltd has submitted a proposal for diversion of 138.39 ha of forest land under the Forest (Conservation) Act, 1980 for railway doubling tracks from Castlerock to Kulem and Kulem to Margao. Out of this 128.294 ha falls in Bhagwan Mahaveer Wildlife Sanctuary.

The Goa government is currently facing severe criticism for allowing doubling tracking of railway lines through the protected areas of Bhagwan Mahaveer Wildlife Sanctuary. Former ministers, Opposition leaders, environmentalists, students, and concerned citizens have made several representations to the State and Central governments opposing the project.