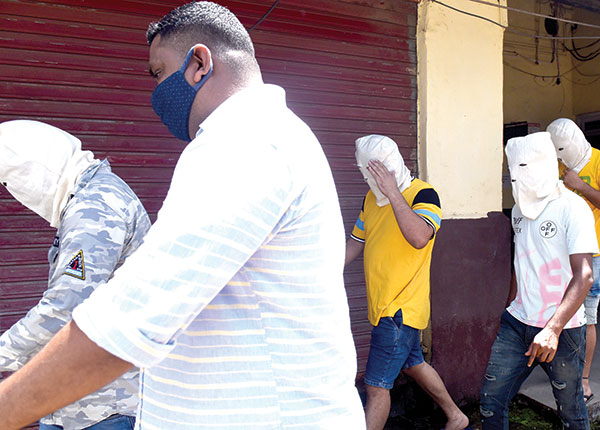 PANJIM: The National Investigation Agency (NIA) may arrive to assist the ongoing investigation of seized counterfeit Indian currency notes in Goa with the local investigation team apprising the premier agency about the confiscation.

“We have intimated them (NIA). They might come here for investigation,” Superintendent of Police (North Goa) Utkrisht Prasoon told Herald.

On Monday, a team of Panjim Police had arrested five men from Chandigarh – Rajdeep, Gagandeep, Harjeet, Rahul and Anurag – for using fake currency in parts of Panjim and Porvorim. They were tracked using technical surveillance, and the raid at a hotel in Calangute led to recovery of approximately Rs 2.96 lakh in denominations of Rs 100, Rs 200 and Rs 2,000 notes.

A lot needs to be unearthed from the accused, all of whom have been remanded to eight days police custody. Currently, the source of the seized currency notes, places where these have been circulated until their arrest and who others are involved in the racket, possibly a well-organized syndicate, are being investigated.

Wholesale vegetable suppliers at their native in Chandigarh, the arrested men are extended family members. They arrived via road along with their spouses and children over a week ago. With unrestricted movement of goods and persons allowed since this month, the accused managed to sneak in with the fake currency notes without any checking at the borders.

The SP, on being asked about possible involvement of other family members, replied in the negative. “Investigation so far has revealed that they (women) did not have any knowledge about it, which is why they haven’t been questioned so far. We will see,” he said. It is, however, not clear whether the women and children will be permitted to leave the State while the accused are in custody.

Exactly a year ago, the police had sought help of the central agency after a casino customer from Uttar Pradesh was caught using approximately Rs 77,000 of fake money to play at a land casino at Dona Paula.