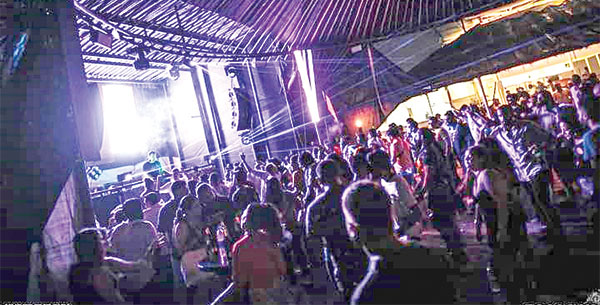 PANJIM: The Superintendent of Police North Goa has formed a special three-member flying squad to exclusively look into the implementation of the noise pollution order of the High Court of Bombay at Goa.

Valsan said he had formed a special three-member flying squad to enforce the strictures against noise pollution caused by different establishments that the High Court passed. The flying squad will have a Deputy Superintendent of Police (DySP), an Inspector from the Crime Branch, and another Sub Inspector, who has been entrusted with the job of implementing the HC order.

“The squad has already registered an FIR in one of the sound restriction violations,” said SP Valsan. 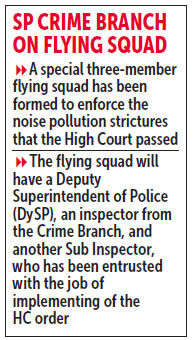 On December 14, the High Court will hear the Government departments responsible for procuring high-end sound measuring equipment to be installed at key places to monitor sound.

At the same time, the SPs of North and South Goa will have to report on their findings regarding numerous techno parties scheduled through December, and check if they have sought and received any permission to play music either before or after 10 pm. The Advocate for one of the petitioners Carlos Alvares Ferreira had listed 15 such establishments which have posted details about parties they are hosting, all in North Goa.