Not possible to conclude disqualification proceedings in one day, Speaker tells SC 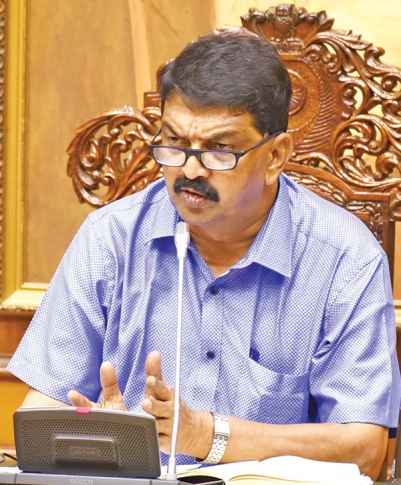 PANJIM: Goa Legislative Assembly Speaker Rajesh Patnekar on Wednesday informed the Supreme Court that it is not possible to complete and conclude the disqualification proceedings against the ten Congress MLAs who switched over to the BJP, on February 26.

Accordingly, Patnekar, in an affidavit filed, has pleaded with the Court to clarify its order dated February 10, to the extent that the disqualification proceedings before the Speaker are fixed for hearing on February 26. The Court, in its order, had mentioned that the Speaker has listed the case for disposal.

“The Speaker is to hear all the respondents in both the petitions along with the submissions of the petitioners as well. In these circumstances it may not be possible to complete and conclude the proceedings in one day that is February 26,” the Speaker said in the affidavit.

“Since the order dated February 10, had recorded that the proceedings would be disposed on February 26, it was deemed necessary and appropriate that the facts be brought to the notice of the Court,” he added.

Along with disqualification petition of the then Congress MLAs, the Speaker will also hear a similar petition filed against two MLAs who defected from the MGP.

The Speaker reiterated that on the account of the pandemic, no further hearings could take place in the disqualification matter.

The apex court is hearing a plea of Congress State president Girish Chodankar against ten MLAs who quit the Congress and joined the BJP in July 2019. Chodankar has sought directions to restrain the 10 MLAs from participating in the Assembly proceedings during pendency of the disqualification petition.

The plea has also sought the apex court's direction to restrain three MLAs – Chandrakant Kavalekar, Jennifer Monserrate and Filipe Rodrigues – from functioning as ministers in Goa during the pendency of disqualification petition.