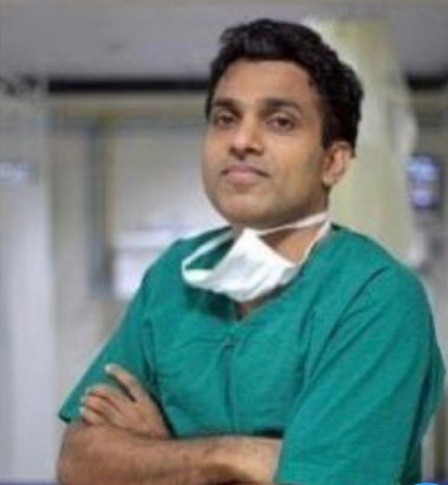 Dr Desai had saved hundreds of lives by successfully conducting surgeries on them at the Goa Medical College and Hospital, Bambolim since the inauguration of cardiac department.

All sections of society expressed grief over the untimely demise of the cardiologist, who had won the hearts of thousands due to his down to earth nature.

In his condolence message, Chief Minister Pramod Sawant said he was saddened to learn about demise of eminent cardiologist Dr Manjunath Desai of GMCH. His medical skills saved lives of thousands of patients.

Health Minister Vishwajit Rane said Dr Desai’s death is not only a loss to GMCH but a personal loss to him. Dr Desai was an exceptional and wonderful person inside-out, who had touched so many lives and saved many precious lives.

Arts and Culture Minister Govind Gaude said young cardiologist Dr Desai was a friend of poor and saviour for many. Goa has lost a gem.

Leader of the Opposition Digambar Kamat said in Dr Desai’s death, Goa lost an angel today! He was one of the most respected, kind hearted young cardiologist who saved many lives.

be remembered. The government should recognise and honour him for his service to Goans.

Meanwhile, renowned oncologist Dr Shekhar Salkar has urged the Goa government to consider naming of GMC’s cardiology department/ward/Cathlab after late Dr Manjunath Desai to remember his contribution to the facility.

Dr Desai was one of the cardiologists who were instrumental in setting it up and will prove inspirational for other doctors in their work, he said.