Notice to WHO chief scientist for opposing Ivermectin use 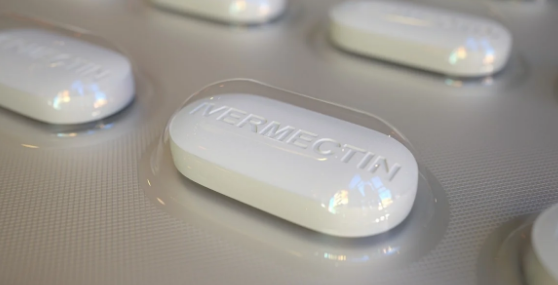 NEW DELHI: A 51-page legal notice has been served on Geneva-based Dr Soumya Swaminathan, Chief Scientist of the World Health Organisation (WHO) by the Mumbai-based Indian Bar Association (IBA), a lawyers' forum, for opposing use of Ivermectin for treating the patients of COVID-19.

It has threatened to prosecute her "under Sections 302, 304 (II), 88, 120 (B) and 34 and other provisions of the Indian Penal Code (IPC) and under Disaster Management Act, 2005, in the appropriate Courts of Law having jurisdiction for each death caused due to your act of commission and omission."

The notice issued by IBA's legal cell head Dipali N Ojha on May 25, having her office in Fort area of Mumbai, has taken exception to many statements of Dr Swaminathan, including her tweet on May 10 against use of the Ivermectin drug for COVID-19, except within clinical trials.

It says her tweet came soon after the announcement that day by Goa's health minister to give the oral drug Ivermectin to the entire population of the State in a bid to bring down the mortality. The notice questions her for posting the tweet in her official capacity as the WHO's chief scientist.

The notice says her statements in social media and mainstream media influenced the public against the use of the drug and amounted to an attack on the credibility of acclaimed bodies/institutes like ICMR (Indian Council of Medical Research) and AIIMS (All India Institute of Medical Sciences), Delhi that had included Ivermectin in the National Guidelines for Covid-19 Management.

The main grounds for suing her are: Falling standards of WHO and deprecating commendable work by select courageous medical doctors who have lived up to their Hippocratic oath. The notice questions her for providing in her tweet a link to a statement on the website of pharmaceutical company Merck, titled "Merck statement on Ivermectin use during Covid pandemic."

The notice also refers to her interview by noted TV journalist in her YouTube channel MOJO Story on May 16, in which she refers to the WHO's "Living Guidelines" updated from time to time that say "evidence on Hydroxychloroquine, Lupinavir, Ritonavir, Interferon, Ivermectin, Remdesivir and all of these, does not support its use on a wide scale for people infected with SARS CoV-2."

It says Ivermectin is also recognised by WHO as one of the ten essential medications and around 3.7 billion of its doses have been given out in the last 40 years, with sufficient data to prove its safety. "You have wilfully ignored the mountains of data that shows that Ivermectin is undeniably helpful as prophylactic in preventing contracting COVID-19 and there is compelling evidence of its effectiveness in treating active COVID-19 in hospitalised patients."

The notice also accuses Dr Swaminathan of ignoring "the research undertaken by several doctors, scientists and their associations and alliances, who had started early on the pandemic, fervently searching for medicine/drug that would help in treatment of COVID-19, and whose work which includes discussions, paper presentations, data on clinical trials, is readily available on the internet."

It has referred in this regard the US-based FLCCC (Front Line COVID-19 Critical Care Alliance), an alliance of experienced and esteemed medical doctors and scientists, who have come together at the start of the COVID-19 pandemic and are working tirelessly in conducting research, studies and randomised control trials.

The notice includes testimonies of Dr Pierre Kory, MD, on behalf of FLCCC, in two Senate hearings in the United States on May 6, 2020 and on December 8, 2020 on recommendation of Corticosteroids to save lives of critically-ill patients and justifying the use of Ivermectin as a wonder drug to treat the COVID-19 patients, urging the Senate to have a look at the FLCCC manuscript covering the results of 10 randomised control trials.

A detailed research done by the IBA also points out how a US judge ordered administration of Ivermectin to a critically-ill and comatose female patient Nurije Fype (68) at Elmhurst Hospital in the United States that helped her dodge death due to inclusion of Ivermectin in her line of treatment.