Notices to Central State authorities over proposed projects in sanctuary 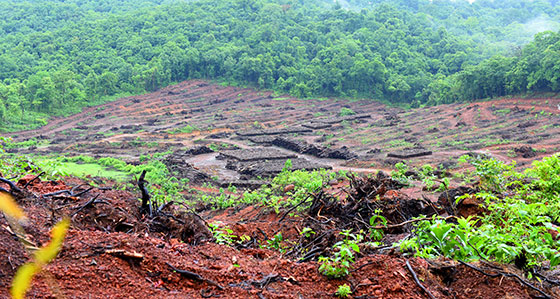 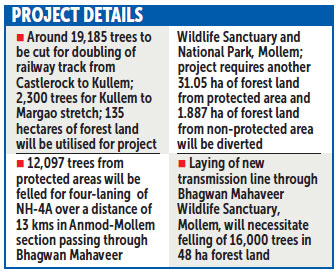 The notices have been issued following a complaint filed by NGO Goa Foundation seeking cancellation of the three projects. All the authorities have been directed to submit their detailed response within 30 days.

Goa Foundation had approached the CEC pointing out that all three projects have been granted approval within one kilometre of eco-sensitive areas of the Bhagwan Mahaveer Wildlife and the Mollem National Park in contravention to the provisions of Wildlife Protection Act.

The complainant has claimed that the three projects will significantly increase the fragmentation of the sanctuary and national park, and thus damage and destroy the character and long-term viability of the wildlife habitat.

As such, the complainant has sought a detailed examination of the decisions of the Standing Committee of the NBWL related to approval of the three projects within the recommend their cancellation.

The complainant has also requested to cancel all the permits, if any granted by the Chief Wildlife Warden to the projects and to examine the guidelines issued by MOEF&CC relating to infrastructure projects in wildlife sanctuaries and national parks, and recommend their withdrawal or cancellation.

However, as interim relief pending hearing and final disposal of the application, for an order, the complainant has requested that the respondents be directed not to commence any development works within the protected areas and the notified 1 km ESA from the boundaries of both till further orders.