Now, Ponda upset after COVID patients cremated in their backyard 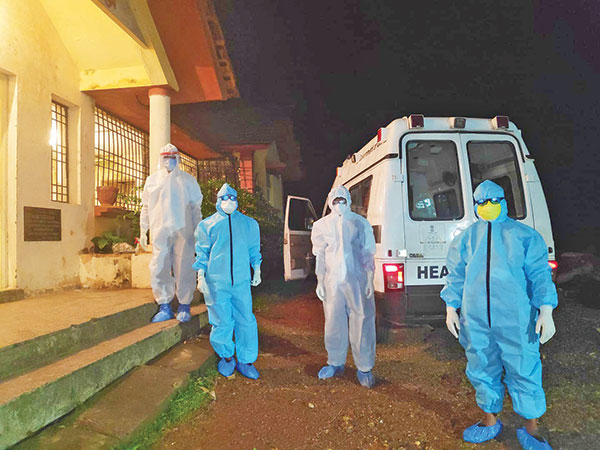 PONDA: Residents of Ponda were an upset and confused on Friday after news emerged that bodies of COVID-19 patients were cremated at the Ponda crematorium at night after residents of Bogda, Vasco refused the cremation at Vasco.

Following panic and fear among the locals, three councilors, in a letter addressed to the PMC Chairperson demanded a special meeting, which the chairperson called for on Saturday.

Ponda MLA Ravi Naik said he was in the dark over the issue as he was not even taken into confidence. PMC Chairperson Venktesh Naik too said he learnt about the issue only after the final rites were performed. Local Councillor Pradeep Naik said he received several phone calls regarding the issue on Friday but he could not reply to the calls as he had no idea about the same.

Councillors Anand Naik, William Aguiar and Ritesh Naik submitted a joint memorandum to the PMC chairperson asking him to call for a special meeting on issue.

He said the final rites should be performed with due honour but at the  respective taluka from where the patient is from, or at a common place which the government should identify so that it does not create fear among the minds of the people.

When contacted, the Ponda Deputy Collector, who is also the PMC Chief Officer said the cremation was done as per the direction of disaster management. Following instructions from higher officials the decision was taken, he said.  “The protocol was maintained while performing the final rites. Even the crematorium was sanitised after the final rites,” he added.

He said there are around 28 crematorium in Ponda but refused to disclose in which crematorium the final rites were performed.

Maharashtrawadi Gomantak Party president Deepak Dhavalikar said, “This has created a scare and panic among the locals and the government should clarify on the same. This reveals that the government has no plans to handle the situation arising out of the COVID pandemic. When there are big crematoriums at Panjim, Sattari, Vasco and Sanquelim why did the government prefer Ponda? Is it just because it is represented by non-BJP or Congress MLA?”