Project gets notice asking to show cause why it should not be demolished; Owners asked to respond within 7 days 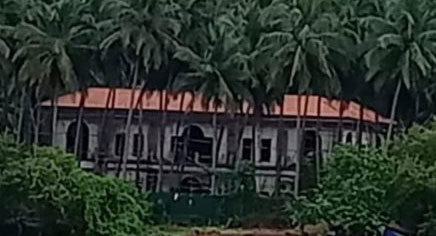 PANJIM: The Se-Old Goa village panchayat on Monday issued a notice to the proprietor of the construction project that has come in a protected area of the village, asking to show cause why the illegal construction should not be demolished. The notice is part of the demolition proceedings initiated by the panchayat.

Reacting to the news, Glean Cabral, a local resident part of the ongoing satyagraha in the village said they will continue their protest until the structure is demolished. The Satyagraha, which has seen the participation of people from across the State, entered its 62nd day on Monday.

The show-cause notice was issued by the panchayat secretary and has called upon the proprietor of the project, Sumermal Jain, of the Mumbai-based Corvus Urban Infrastructures LLP, to show cause as to why the construction should not be demolished within seven days, from the receipt of the notice, failing which, further action shall be initiated under Section 66 (4) of the Goa Panchayat Raj Act 1994.

Earlier, the panchayat pointed out that it was in receipt of the complaint letter from local panch Vishal Vovoikar, regarding the construction of a house in Survey no 4/1 of village Ella.

It was further pointed out that the panchayat body had resolved on December 23, 2021 to conduct a site inspection.

Thereafter, the village panchayat conducted the site inspection on January 13, 2022 and panchanama was recorded.

The site inspection report, along with panchanama and other related documents, were placed before the panchayat body meeting dated January 20, 2022 for action and necessary decision.

In that meeting, the panchayat body resolved to issue a show-cause notice as to why the construction should not be demolished, following which the notice was issued on Monday.

The panchayat members, including the sarpanch, had met the protesting citizens at the satyagraha last month and had assured that the project would be demolished.

It is to be noted that the Save Old Goa Action Committee (SOGAC) had approached the Supreme Court regarding the matter and have repeatedly called for investigations across government departments as to how the fraudulent permissions were given in the first place.

SOGAC and the people protesting at the satyagraha have also demanded that a buffer zone be marked around the heritage site and protected monuments to ensure that no further construction activity is carried out in the future.