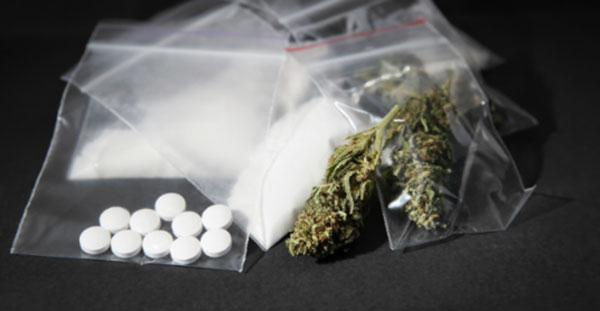 PANJIM: A Nigerian, in Colvale, jailed for drug trafficking is suspected to be the ringmaster for the import of Black Cocaine. The Nigerian who was due to receive the consignment in Goa had links with a purported Nigerian drug lord nicknamed Hath Modko in the Colvale jail.

The arrested from a Margao hotel is likely to be Hath Modko’s Man Friday. His job was to receive the black cocaine from the arrested Bolivian woman and send the money (prevailing market rate of Rs 4 crore per Kg) to the original seller in Latin America.

This godfather who is in and out of jail and arrested by different police stations and the Crime branch on the charges of possessing narcotics mostly cocaine is allegedly the main dealer of cocaine in the State and controls the trade from Calangute and Candolim belt.

Following conversations with criminal lawyers and sources in investigating agencies, Herald has managed to open at least one of the many cans which exposes how entrenched the underbelly of drugs is and the active involvement of at least one if not more kingpins, inside the Colvale jail itself.

The deal to bring the black cocaine from Bolivia and handed over to the frontman was struck from the Colvale jail where mobile phones are known to be easily available to the inmates. 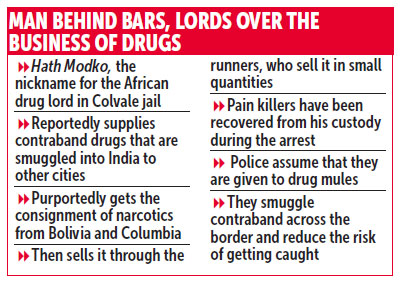 Hath Modko allegedly gets the consignment of narcotics from Bolivia and Columbia and then sells it through the runners, who sell it in small quantities. The price of pure cocaine is Rs 4 crore in the international market and once it is cut with boric powder, its purity is diluted and supplied through these runners mostly to tourists.

Insiders in one of the investigating agencies clearly point to a very strong Goa network, well entrenched in the receiving of international consignments, arranging to pay, and have a team of carriers.

It was revealed that Hath Modko is a big dealer and supplies to cosmopolitan and metropolitan cities throughout the country.

Senior police officials also say that Hath Modko has been transacting his trade for the last two decades while in and out of jail and wonder why the government does not deport him and other drug dealers, who are a nuisance to society and burden to the State exchequer.

Police also revealed that the alleged notorious drug dealer has rented rooms across the State and is most elusive.

He is also in such a commanding position that he does not allow any other foreigner to trade in cocaine which he considers his fiefdom. He is well connected and has informants even in the police.

The sources said that the police have also recovered painkillers from his custody during the arrest. Police assume that these painkillers are consumed by drug mules while smuggling contraband across the border and reduce the risk of getting caught.

A mule is a drug courier, who is paid, coerced, or tricked into transporting drugs across the international border but had no further commercial interest in drugs.

It may be recalled that on September 29, the NCB, Mumbai seized 3.2 kg of black cocaine worth Rs 13 crore from a Bolivian woman at the Mumbai international airport.

The cocaine was supposed to be delivered to a party in Goa and the NCB sleuths immediately nabbed the prospective receiver -- a Nigerian national who was waiting for the Bolivian woman to receive the contraband.