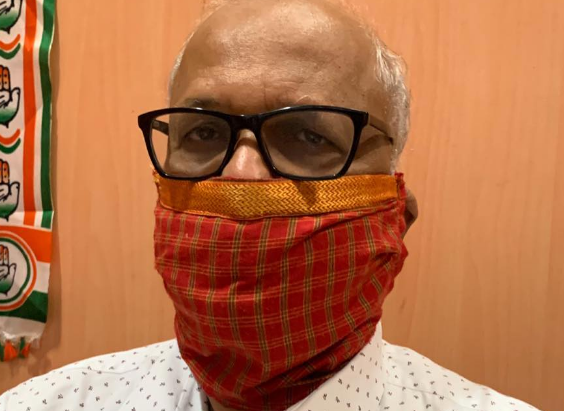 MARGAO: Leader of Opposition Digambar Kamat on Monday demanded an inquiry into the water leakage in newly commissioned Super Speciality Block of Goa Medical College and Hospital, Bambolim, with the roof collapsing.

"We have advanced technology today to design structures taking into consideration the weather conditions in a particular State. It is also unbelievable to see the glass facade of Dr Shyama Prasad Mukherjee Stadium blown away with the cyclonic winds. It is only luck and destiny that no harm was caused to the COVID patients admitted there," stated Digambar.

He demanded to conduct an inquiry, fix responsibilities and bring all those responsible for this sub-standard work to justice.

Digambar has alleged that despite advance warning of the Cyclone Tauktae; no efforts were made by the government to create awareness.

"The BJP government which is otherwise obsessed with publicity for the glorification of the party functionaries did not issue a single advertisement giving details with phone numbers of Nodal Officers in disaster management and information on other preparedness to face the cyclone," he stated.

Leader of Opposition also wanted the Chief Minister to have a look at the cyclone awareness campaign launched by our neighbouring State Maharashtra taking into consideration the COVID situation.

According to him, the BJP government must wake up now and start working on war footing to ensure that nothing goes wrong during the four-month-long monsoon season.

Stating power supply was interrupted at the oxygen production plant as well as GMC, besides some COVID Care Centres, Kamat said it is the responsibility of the government to ensure that no more lives are lost due to government apathy.

"I am proud that Margao and Fatorda areas did not face any major power disruption on Sunday due to underground power cabling. Margao is the first town to have both high and low tension lines through underground cabling," he stated.

Digambar also demanded compensations to the people who suffered losses in cyclone at earliest.