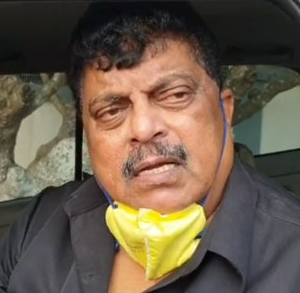 MARGAO: NCP’s Benaulim MLA Churchill Alemao on Thursday urged all 40 MLAs to unanimously resolve to oppose coal handling and its storage in Goa.

He also said that he wasn't invited for the Opinion Poll Day meeting at Lohia Maidan where he was criticised by various people.

Speaking on the coal agitation, Alemao said “Opposition Leaders Digambar Kamat and Vijai Sardesai say that they don't want coal and the remaining MLAs of Goa are also against coal. I urge all the 40 MLAs to unanimously resolve to oppose the storage and handling of coal in Goa."  "As the pollution will be at its peak, there will be a great decline in tourism, which will lead to loss in business in Goa. I will put forth the resolution. If all 40 MLAs adopt this resolution then the problem arising due to coal will be over in Goa," he said.

"We shouldn't finish tourism and the green Goa given to us by our ancestors. If all MLAs resolve to oppose coal, no government will be able to get the polluting cargo in Goa," Churchill said.

On the Opinion Poll Day meeting at Lohia Maidan, Churchill said, "I fought actively during the Opinion Poll and at the meeting, my absence was questioned. The organization that arranged the meeting had not contacted me or sent an invitation. I could have enlightened all on the historic Opinion Poll," he added.

"Capt Viriato held a meeting for coal in Benaulim, called me, but did not allow me to speak. For the Lohia Maidan meeting, they called the Party President but did not invite me. I had visited Vailankanni some days ago. If I was told I could have cancelled the tickets and attended the meeting," Churchill said.

He also criticised the AAP for claiming that no development has been carried out in Benaulim constituency.

"This AAP is doing a tiatr in Benaulim but, the people are wise and they know who Churchill is," he added.