Urge CEC to deliberate in detail over all the aspects to protect nature; Say project is not in public interest but in the interest of coal transporters 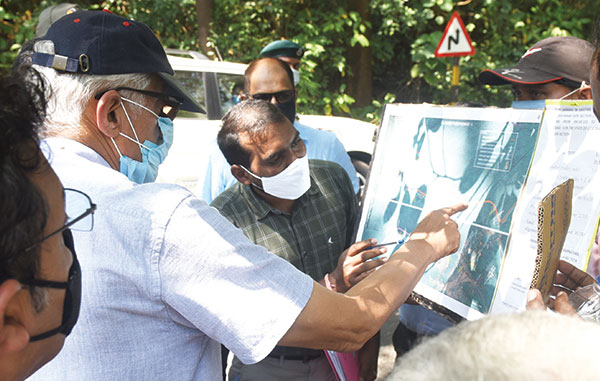 PANJIM: Residents of Arossim, Cansaulim, Velsao and Pale to be affected with the proposed double tracking of South Western Railway line have sought intervention of the Supreme Court and its appointed Central Empowered Committee (CEC), which is in Goa, to protect their livelihood, villages, heritage and homes that are set to be destroyed with proposed project.

The villagers under the banner of Village Action Group against Double Tracking (VACAD)) and the Goa Heritage Action Group (GHAG), at a joint press conference on Thursday, lamented how the proposed project is set to have devastating and long term impact on the villages, environment and State’s wilds and urged CEC to deliberate in detail over all the aspects to protect the nature.

VACAD member and Velsao resident Max de Souza said the attempts made to push the double tracking with no proper ground or feasibility study or locals’ consultation is worrisome.

He pointed out that there are nearly 150 structures including residential houses, school, hospital, religious institutions along both the sides of the existing single track. “Some of the houses were built prior to 1850 and are heritage houses of historic and aesthetic importance. These structures are under direct threat,” he said. 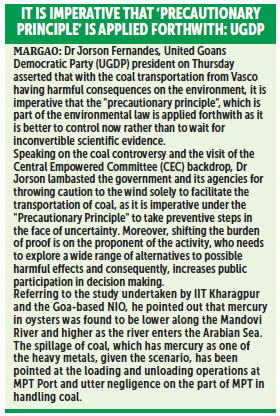 “In addition to the destruction of Bhagwan Mahaveer Wildlife Sanctuary and Mollem Nation Park, our villages will be destroyed. Our source of living- agriculture and tourism will be affected,” he explained.

He pointed out that the current single track caters to 17 per cent passenger trains, 25 per cent express trains and 58 per cent goods train. Stating that the express trains do not stop at the intermediate stations, he said ‘this clearly shows that the project is not in public interest but in the interest of coal transporters’.

“We urge CEC and court to intervene immediate and safeguard the well being of the villagers,” he demanded.

GHAG chairperson Heta Pandit said the project is proposed without any application of mind.

“As far as we know, no studies or surveys or inventories have been conducted that evaluate the cultural, social, historic, architectural, archaeological or group value of these heritage structures and natural sites. How can we destroy something without knowing what is there and assessing its value,” she questioned.

Pandit identified specific alarm over potential damage to the heritage properties in the vicinity of the proposed double track railway line and how the existing single track has already caused cracks in the walls and the floors of these beautiful homes, some of which are more than 200 years old and are an illustration of Goan architecture and culture.