Sudden ‘hold’ on Naik’s drama shows in each taluka linked to his call to people to attend the rally to drum up support for Goa’s Mhadei cause; the singer artiste now plans to do shows on the Mhadei issue in villages 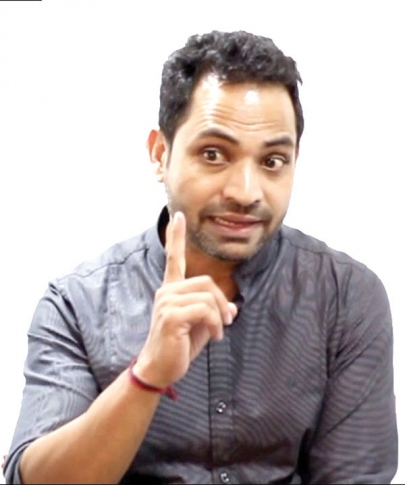 Naik, who shot to fame for his hugely popular series where he discusses and analyses contemporary political and social issues and news stories through a conversation with the fictitious Vasanti on a phone line, said that he will go ahead and stage his drama ‘Kani Navya Yugachi’ wherever it has been privately booked. “Just because the government has stopped these shows doesn’t mean he won’t stop staging this drama.

“This show was to create awareness on the Central government’s NEP and it was doing well. This show will also continue,” he reiterated.

It is speculated that the decision of the State government was an indirect way of acting against Naik for having made a video that had gone viral, wherein he had urged the public to attend the public meeting on Mhadei in Sankhali on January 16, in large numbers and there was indeed a historic turnout on that day.

“The government talks about Atmanirbhar and Swayampurna Goa but I have never begged the government for a job. I am a self-made man through my education and work and through our dramas there are people who earn their livelihood in this industry. We are not dependent on the government. We have been here for 25 years and will continue to earn our living independently,” said Naik.

“If the Government is taking a stand that if I speak on Mhadei they won’t let me perform my shows, then the government is sadly mistaken as such decisions will not finish my career. I will also hold plays in villages to create mass awareness on the issue surrounding Mhadei and that is our right. I am not a criminal nor am I against my State. We are all concerned about our Mother Mhadei and this action by the government won’t stop me,” he added.

Others too reacted to the controversy.

“This has been typical of this government. Mixing up issues and cancelling the contract makes a sad commentary on the state of the rule of law in Goa. Actually, it also means that this Govt is not on the same page as the Goan masses on the Mhadei issue,” said Narayan Desai, Educator and retired Principal who had watched this play of Rajdeep’s.

“There are many who raise their voice for Mhadei and against the government, for them, there will be punishment in different ways. People like Rajdeep get such type of punishment”, said Prakash Naik, a retired teacher, writer, poet and activist working with the ongoing movement to save Mhadei.

“When Rajdeep shows his support to the Mhadei issue, he is showing his interest in the State of Goa. So, if he is being targeted by the government, then the government itself is not for Goa or for the PM’s dream project. This is shameful vindictive politics. The government is dividing the whole of Goa into various lines and this must stop,” said Anthony da Silva, an activist who is also part of the ongoing Save Mhadei movement.

Tiatrist Francis de Tuem, who recently released a song on the Mhadei issue and had performed at the January 16 public meeting, also criticised the action of the government.

“I condemn this decision. All he did was made a video to promote the Save Mhadei movement and encourage the public to attend it and that video went viral. Mhadei is not a personal issue, about him, me or anyone in particular but it is an all-Goa issue and it affects all Goans. What is wrong with that? I too have faced issues in the past when it comes to staging shows in Sankhali and one show was cancelled even though my tickets were sold out. People should not be made to feel fear if they speak on issues. The CM says Mhadei is his mother so why should he take action on Rajdeep for trying to protect our mother Mhadei,” said Francis.

“To me, it was a surprise how the Department of Information and Publicity (DIP) sponsored drama shows of Rajdeep Naik who is otherwise known for his free expressions and sharp takes. That the DIP has cancelled the shows is no shock whatsoever. That’s the BJP culture,” said Prabhakar Timble, senior columnist.

“There can be no doubt that the shows are cancelled due to his involvement in the Mhadei matter. In fact, involvement in that issue ought to have been encouraged by the government. Criticism and dissidence ought to be the flavour of our times but the ruling dispensation believes in toeing the dotted line,” said senior advocate Cleofato Almeida Coutinho.