Say in absence of proper education and with mere promotions, students will find it difficult to answer Board exams in future as Centre has already declared a new education system 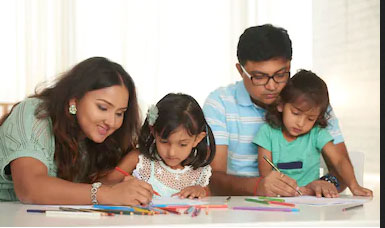 PONDA: With the students facing various difficulties with regards to online education especially network connectivity issues, some parents on Sunday demanded that government should declare 2020-21 a “zero academic year” as they felt that online education is not an alternative.

The parents expressed fear that in absence of proper education and with mere promotions, the students would find it difficult to answer Board exams in future as the Central Government has already declared the new education system.

Sandesh Naik, a parent said, “The students are facing various difficulties with regards to online education such as net connectivity, understanding the topic, difficulties in downloading video, assignments, etc. Further, some parents cannot provide smartphones to their children for online education as many are unemployed due to COVID pandemic and the poor students may take the drastic steps of committing suicide like the one that took place recently. When students cannot understand the topic on their smartphones and if promoted it would mean ruining their future career as they will not be able to answer the board exams as the new exam pattern has also been announced by Central Government.”

Viraj Sapre from Ponda said, “Parents and students are worried as they think that online education cannot be an alternative to physical education. So we demand that this year be declared a “Zero Academic Year”. Poor parents have two or three children and they cannot afford three smartphones.”

According to some headmasters, at least 15 to 20 per cent students are not attending online classes as they have no smartphones due to poor financial condition. Those having smartphones are forced to travel to far off places such as hills and isolated places for connectivity.

Nayan Naik, a mother of Class VI student at Kavlem said her child had to miss out on online education in absence of a smartphone.

She demanded that the entire academic education be taught from beginning till end for a brighter future of children till schools are opened.

A headmaster from Ponda said, “Parents are reluctant to send their children to schools due to COVID fear. However, a virtual meeting has been called by Education Department on October 19 at 3 pm with parents and school managements to decide on reopening of schools.

M Kaisuvkar, a resident of Ponda said, “If the government wants to continue with the academic year, it should explore the possibility of physical teaching in each ward or village by assigning the task to the teacher residing in that ward by forming a batch of ten students following COVID guidelines. There are so many unemployed youth with B Ed degree, besides retired teachers, who can also provide their services if they are paid remuneration. In each village there are Government Primary School buildings, besides temples and panchayat halls, which can be utilised for teaching.”